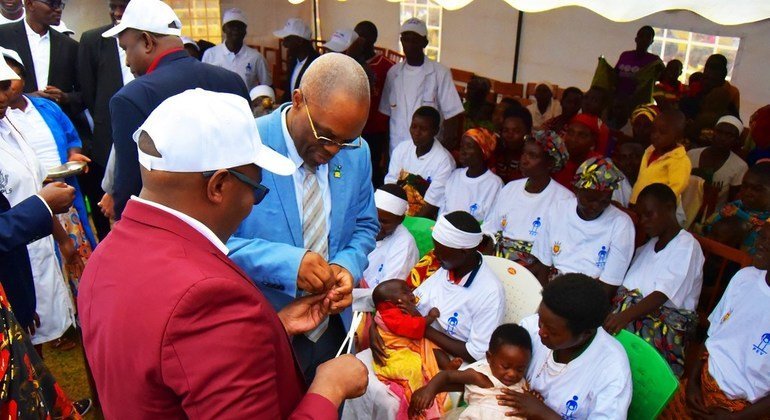 Dr. Matshidiso Moeti said she was made aware on Wednesday that the Government had asked them to leave the country immediately.

She described WHO Representative Dr. Walter Kazadi Mulombo as “a long-standing well-respected staff member”, who is extremely competent as well as a good leader and manager.

“We are in communication with the government of Burundi to clarify and understand the reasoning behind the decision they have taken. In the meantime, we are working with the UN system in the country to organize the departure of our staff”, she said.

The UN Commission of Inquiry on Burundi, said in a statement it deeply regretted the decision, which comes just ahead of the 20 May presidential, legislative and local elections in the East African country.

Alarmed by violence and human rights violations in the run-up to the polls, members called on Thursday for stepped up efforts to resolve tensions.

They said the electoral process has been marred by violent clashes between rival parties. Numerous political opponents have also been arrested “while persons close to the ruling party continue to enjoy near total impunity for their abuses.”

They fear the violence and “political intolerance” could trigger even deeper turmoil.

“We call on the Government of Burundi to immediately stem this spiral of violence by taking all the necessary measures to guarantee the respect and the protection of public liberties, and to put an end to the impunity enjoyed by perpetrators of acts of violence, some of whom hold senior positions”, said Doudou Diène, the Commission president.

Members also voiced concern over the authorities’ decision to disregard WHO recommendations on physical distancing to prevent COVID-19 spread during the electoral campaign.

As of Wednesday, Burundi had 27 confirmed cases of the disease and one death, according to WHO data.

The Commission of Inquiry on Burundi was established in September 2016 by the UN Human Rights Council.

Along with other mandated duties, it is tasked with identifying human rights violations and abuses in the country, with a view to ensuring full accountability.

Members are not UN staff, nor are they paid by the Organization.