In September 2019, JHR’s Program Manager and Chief of Content in Jordan Mohammad Shamma had the opportunity to participate in the Universal Rights Group (URG) implemented Media Engagement Programme as part of the 42nd meeting of the UN Human Rights Council with the support of the Permanent Mission of Denmark to the United Nations in Geneva. The below is a reflection on his time in the program.

It is vitally important that journalists are aware of the mechanism of the Human Rights Council (HRC), the process of the sessions, the countries how they deal! It is essential. 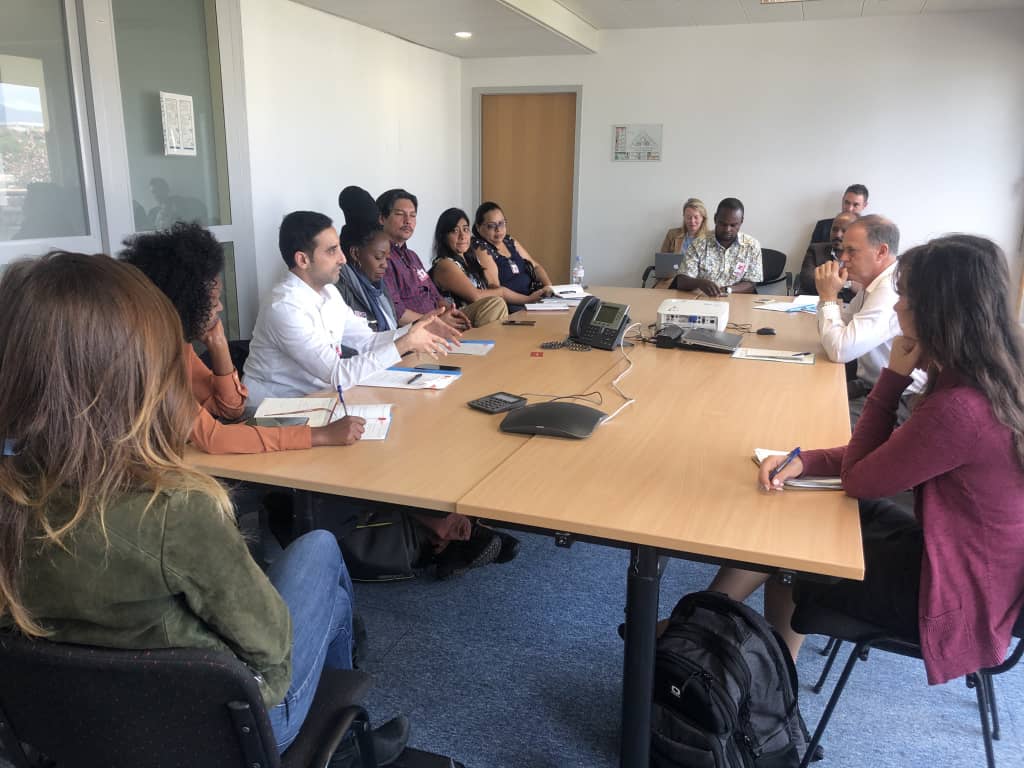 Mohammad Shamma, left in white, presents his experiences in Jordan at the Media Engagement Programme.

Why the HRC is important for the journalists?

In today’s increasingly interconnected world, it is important for journalists to know the whole context of current human rights issues both in their countries and internationally. They could be found at the human rights council, the governments commitments, local organizations and what they’re lobbying for.
With strong journalism, journalists can help their readers better understand the background of the human rights violations, know the laws and their implementations, and what the country should respect. Strong, objective coverage can focus on the implementations of local and international laws through talking with the observers, experts, and human rights defenders. The violations and who is responsible should investigated, and to make sure that all the views will be represented.

Since 2007/2008, the new approach of the High Commissioner of UN human rights council has tried to engage States in a spirit of constructive dialogue and cooperation to support implementation and progress, and strengthen the position of the human rights pillar in a reformed UN. Here, I think media should take on the main role to open public dialogue, and engage civil society in the process beside the governments and, of course, the populace to observe, understand then react through effective participation.

Media can play an important role in opening the dialogue on the implementation of human rights and the Sustainable Development Goals (SDGs) worldwide and this can be happen when the decision makers in the newsroom understand that the human rights issues are priorities beside other issues and are interlinked to many topics already covered.

Journalists should remind the local authorities about their role in adopting international standards in their legislations and to hold them accountable to the commitments, promises made to protect human rights. However, journalists must investigate the facts on the ground, and leverage independent reports from stakeholders such as the civil society organizations, and independent experts. 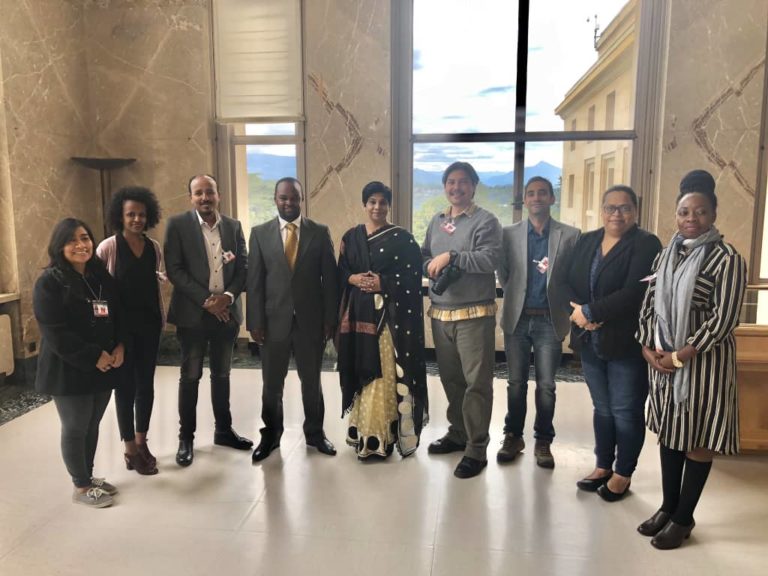 Mohammad Shamma, third from right, with other delegates in Geneva.

Following up on the recommendations for each country, should be focused on and made as a duty. Sometimes governments like it when media skips following the stories as sometimes readers’ memory can be as short as the memory of the fish. Accept or note them, this the only way to the countries inside the mechanism of the Universal Periodic Review (UPR) as one of the human rights council mechanism. I believe journalists in our MENA region have to investigate the facts in terms of the adaptation of the recommendations (UPR process as an example) practically and legally, and observe the implementations when there are or could be violations.

The Universal Rights Group had organized the program that I attended to target journalists and help them understand better these mechanisms. Based on this program they’ll go to another stage with more engaged journalists from all over the world. I think all journalists should be aware about the process of the international mechanisms, and how to deal with, how to report and cover and reflections of the international treaties on the legal system in their countries through high quality stories, multimedia where will be focused on human rights and tell the editor-in-chiefs that these mechanisms are events for days and that’s set.

The training sessions were designed to help journalists know more about the international context, what risks they could face, and how to take the necessary measures to ensure a safe participation in these processes. The main responsibility for us as journalists is to keep talking, producing, and writing in the media. We’re in the best position to assess the risk we would be taking by participating in the program, as you know the reality of your country and you know how the different actors would react to your participation in a public forum.

In contexts where populations face complex socio-economic or political challenges, journalists must develop their capacity to understand the human rights mechanisms. But first trying to engage states in a spirit of constructive dialogue and cooperation – support implementation and progress, strengthening the position of the human rights pillar in a reformed UN – links to development and security pillars with doing journalistic pieces for the public, and public will know more and ask and the officials should be answered and act.

The Council has a number of mechanisms at its disposal to promote and protect human rights around the world; the most important are: The Universal Periodic Review (UPR), the Special Procedures (Special Rapporteurs), UN human rights Treaty Bodies are also an important mechanism, but are not formally a mechanism of the Council.