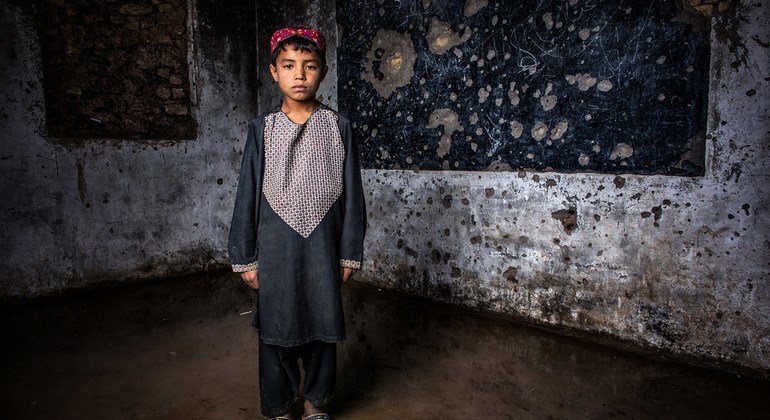 Washington announced this month that it would launch an economic and legal offensive against ICC officials investigating alleged war crimes committed by all sides in the conflict in Afghanistan, including US troops.

“The implementation of such policies by the US has the sole aim of exerting pressure on an institution whose role is to seek justice against crimes of genocide, war crimes, crimes against humanity, and the crime of aggression”, said Diego García-Sayán, UN Special Rapporteur on the independence of judges and lawyers, speaking on behalf of the 34 experts.

“It’s a further step in pressuring the ICC and coercing its officials in the context of independent and objective investigations and impartial judicial proceedings.”

The ICC, which is based in The Hague, in the Netherlands, prosecutes the most serious crimes of concern to the international community, including cases related to conflict in the Central African Republic, Darfur and the Democratic Republic of the Congo.

It was established in July 1998 under a treaty known as the Rome Statute, which more than 120 countries have signed. The US is not a party.

Speaking at the time, Prosecutor Fatou Bensouda called it “an important day for the cause of justice in the situation of Afghanistan, for the Court, and for international criminal justice more broadly.”

In response to the court’s decision, US President Donald Trump issued an Executive Order on 11 June, blocking the financial assets of certain ICC staff and imposing visa restrictions on them and their immediate family members.

Speaking at a press conference that day, US Attorney-General William Barr said the measures “are an important first step in holding the ICC accountable for exceeding its mandate and violating the sovereignty of the United States.”

The president of the body which overseesthe  ICC, O-Gon Kwon, has denounced the measures, stating “they undermine our common endeavour to fight impunity and to ensure accountability for mass atrocities.”

The UN experts said sanctions targeting international judges and international civil servants violate their privileges and immunities, as well as “a broad spectrum” of rights.

Specifically, the Executive Order “would result in the violation of the prohibition of punishment for acts that did not constitute criminal offences at the moment of their commission, the right to a fair trial, the right to freedom of movement and the right to privacy and family life,” they added.

They also recalled that the US has warned it would “exact consequences” against the ICC for any “illegitimate” investigations into Israeli practices in the occupied Palestinian territory.

The experts, who are neither UN staff nor paid by the Organization, have been in contact with the US authorities on these issues.

Virility Ex Ingredients – Could They Kill You?