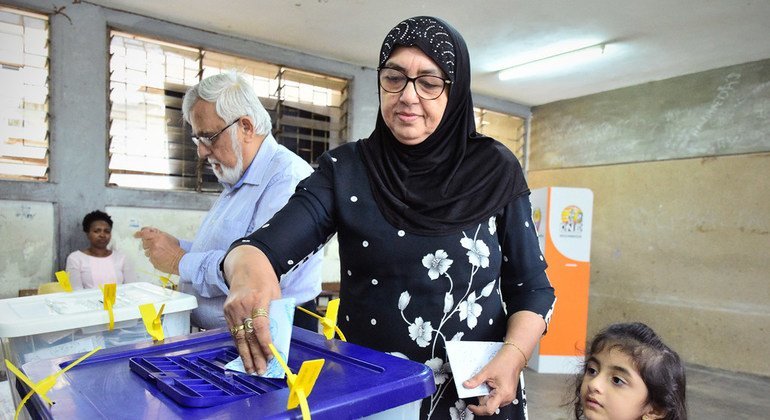 Against the backdrop of the coronavirus pandemic, UN Secretary-General António Guterres underlined the importance of democracy for ensuring free flow of information, participation in decision-making and accountability for the response to COVID-19.

Well before #COVID19, frustration was rising & trust in public authorities was declining.

Governments must do more to listen to people demanding change.

On this #DemocracyDay, let’s seize this moment to build a more equal & inclusive world, with full respect for human rights. pic.twitter.com/slLcYefHep

“Yet since the beginning of the crisis, we have seen the emergency used in a range of countries to restrict democratic processes and civic space,” Mr. Guterres said in a message marking International Day of Democracy.

“This is especially dangerous in places where democracy’s roots are shallow and institutional checks and balances are weak,” he added.

The UN chief also highlighted that the crisis brought to the fore, and aggravated, long-neglected injustices – from inadequate health systems to social protection gaps, digital divides and unequal access to education; from environmental degradation to racial discrimination and violence against women.

“Along with the profound human toll, these inequalities are themselves threats to democracy,” he said.

Well before the pandemic, frustration was rising, and trust in public authorities was declining, and lack of opportunities was driving economic unease and social unrest, continued the Secretary-General, adding that Governments must do more to listen to people demanding change, open new channels for dialogue and respect freedom of peaceful assembly.

“On this International Day of Democracy, let us seize this pivotal moment to build a more equal, inclusive and sustainable world, with full respect for human rights,” he urged.

Commemorated annually on 15 September, the International Day of Democracy provides an opportunity to review the state of democracy in the world.

The International Day was established in 2007 by the UN General Assembly, which reaffirmed that democracy was a universal value based on the freely-expressed will of people to determine their own political, economic, social and cultural systems, and their full participation in all aspects of life.

The Assembly also encouraged Governments to strengthen national programmes devoted to promoting and consolidating democracy, including through increased bilateral, regional and international cooperation.