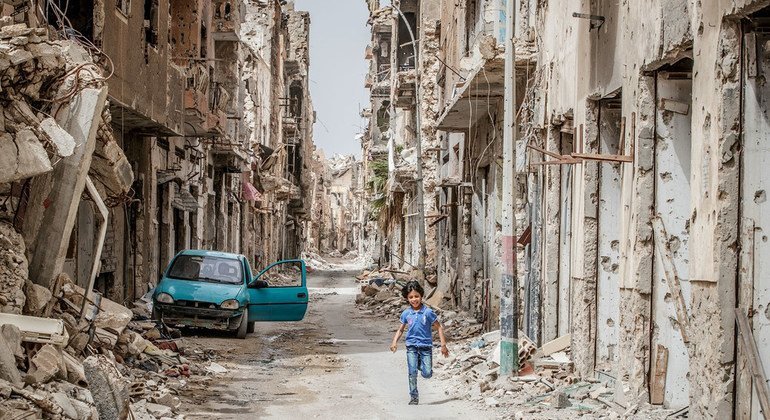 The UN Support Mission in Libya, UNSMIL announced, on Thursday, the discovery of at least eight graves in Tarhouna, around 100 kilometres southeast of the capital, Tripoli, and formerly a stronghold for the forces of General Haftar, during his campaign to capture Tripoli, which has now lasted over a year.

In a statement released on Saturday, the UN spokesperson, Mr. Dujarric, said that the Secretary-General is calling for a “thorough and transparent investigation”, and for the perpetrators to be brought to justice. In particular, he called on the authorities to “secure the mass graves, identify the victims, establish causes of death and return the bodies to next of kin”, and assured Libya that the United Nations has offered support in this regard.

“The Secretary-General once again reminds all parties to the conflict in Libya of their obligations under international humanitarian law and international human rights law”, said Dujarric, adding that Mr. Guterres “reiterates his call for an immediate end to the fighting in Libya in order to save lives and end civilian suffering”.

The spokesman went on to note that the UN chief welcomes the resumption of the work of the Libyan Joint Military Commission, and hopes that a ceasefire will be agreed soon. On Wednesday, UNSMIL declared that the UN-backed authorities, and the LNA are “fully engaged” in the thirds round of talks.

During a recent Security Council meeting on Libya, Stephanie Williams, the head of the UN Support Mission in Libya (UNSMIL), briefed that Libyans had to deal with almost constant bombardment, and frequent water and electricity outages during the holy month of Ramadan.

“From what we are witnessing in terms of the massive influx of weaponry, equipment and mercenaries to the two sides, the only conclusion that we can draw is that this war will intensify, broaden and deepen – with devastating consequences for the Libyan people”, she told the Council.