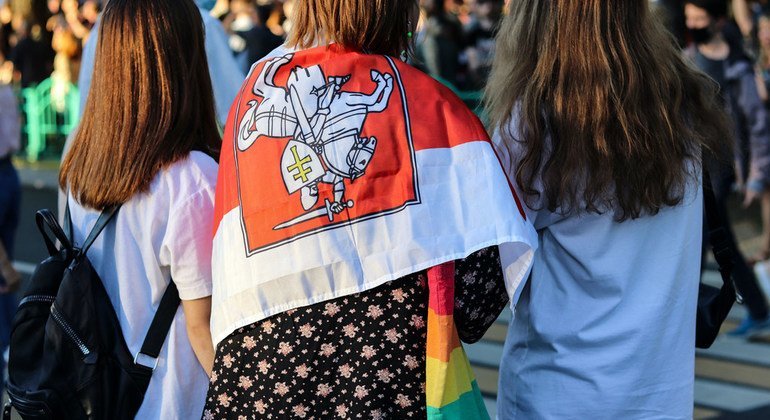 Following the announcement that authoritarian leader Alexander Lukashenko – who has ruled since 1994 – had a landslide victory in Sunday’s presidential election, largely peaceful protests erupted throughout country, prompting a heavy crackdown by the security forces.

The UN chief said that Belarusians must be permitted to express their views peacefully “in accordance with the law” and that the authorities must “show restraint in responding to demonstrations”.

Moreover, he upheld that “allegations of torture and other mistreatment of people under detention must be thoroughly investigated”.

The Secretary-General concluded by calling on Belarusians to “address post-election grievances through dialogue to preserve peace in the country”.

Throughout the week, the Office of the High Commissioner for Human Rights has castigated the Belarusian authorities for unwarranted aggressions.

Yesterday, five independent UN human rights experts  sharply criticized the level of violence that security forces across the country were using against demonstrators and journalists, following five days of protesting over the disputed election.

And on Wednesday, the UN human rights chief, Michelle Bachelet, condemned the authorities’ violence, remindingthe authorities that “the use of force during protests should always be exceptional and a measure of last resort”.

Tipping Point – Waste As a Resource