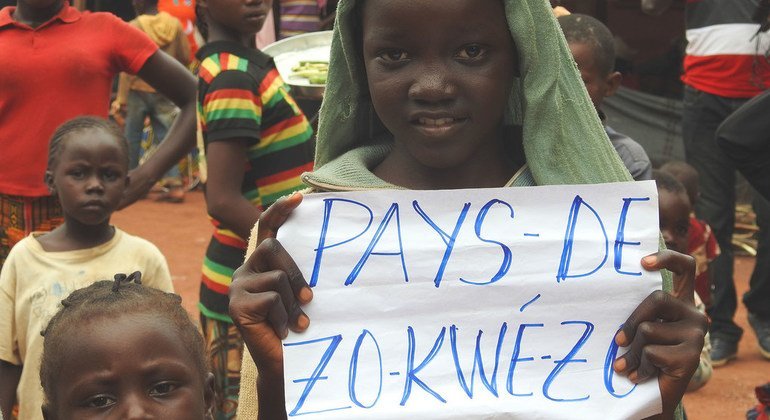 “COVID-19 does not care who we are, where we live, what we believe or about any other distinction. We need every ounce of solidarity to tackle it together. Yet the pandemic continues to unleash a tsunami of hate and xenophobia, scapegoating and scare-mongering”, he said.

Mr. Guterres listed examples of hate speech that have surfaced during the crisis, ranging from anti-foreigner sentiment, to antisemitic conspiracy theories and attacks against Muslims.

Migrants and refugees also have been “vilified” as a source of the virus and subsequently denied access to treatment, he continued, while “contemptible memes” suggest that older persons are the most expendable in the pandemic.

Meanwhile, journalists, health professionals, aid workers, human rights defenders and others have been targeted simply for doing their jobs.

“We must act now to strengthen the immunity of our societies against the virus of hate”, the Secretary-General said, adding “that’s why I’m appealing today for an all-out effort to end hate speech globally”.

Mr. Guterres called on political leaders to build and reinforce social cohesion, while educational institutions were urged to focus on digital literacy at a time when billions of young people are online, where extremists are also lurking.

He said the media, and particularly social media companies, can also do more to flag and remove racist, misogynist and other harmful content.

“I call on civil society to strengthen outreach to vulnerable people, and religious actors to serve as models of mutual respect”, Mr. Guterres continued.

“And I ask everyone, everywhere, to stand up against hate, treat each other with dignity and take every opportunity to spread kindness”.

The United Nations has been mobilizing against what has been described as a “groundswell” of xenophobia, racism and intolerance.

Last year, the Secretary-General launched the UN Strategy and Plan of Action on Hate Speech to enhance these efforts, which outlines commitments that include supporting countries in policy development.