Close
Ask a Question
Home/ Africa Confidential/UN Aid Chief to Ethiopia on Famine in Tigray: ‘Get Those Trucks Moving’ 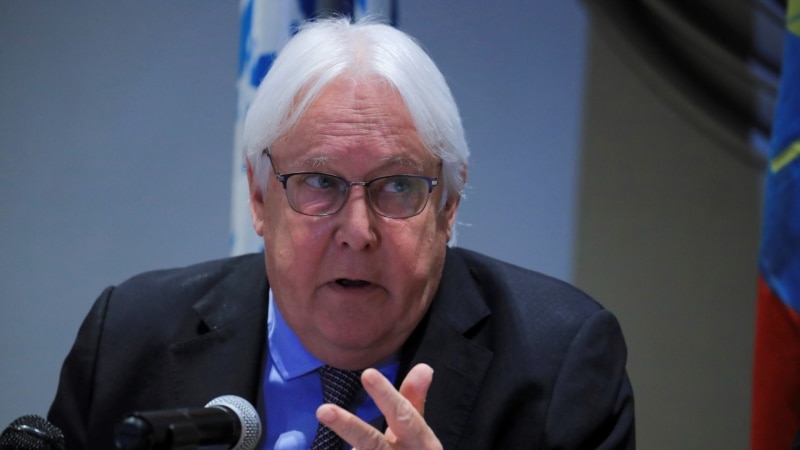 United Nations aid chief Martin Griffiths said on Tuesday he assumes famine has taken hold in Ethiopia’s Tigray where a nearly three-month long “de-facto blockade” has restricted aid deliveries to 10% of what is needed in the war-torn region.

Griffiths told Reuters during an interview that his request was simple: “Get those trucks moving.”

“This is man-made, this can be remedied by the act of government,” he said.

War broke out 10 months ago between Ethiopia’s federal troops and forces loyal to the Tigray People’s Liberation Front (TPLF), which controls Tigray. Thousands have died and more than two million people have been forced to flee their homes.

“We predicted that there were 400,000 people in famine-like conditions, at risk of famine, and the supposition was that if no aid got to them adequately, they would slip into famine,” said Griffiths, referring to a U.N. assessment in June.

“I have to assume that something like that is happening,” he said, adding that it was difficult to know exactly what the situation was on the ground in Tigray because of a de-facto aid blockade and lack of fuel, cash and trucks.

Ethiopia’s U.N. mission in New York said that “any claim on the existence of blockade is baseless.” It said aid groups “faced shortage in trucks as a result of the non-return of almost all trucks that travelled to Tigray to deliver aid.”

Truck drivers carrying aid into Tigray have been shot at least twice and some Tigrayan drivers have been arrested in the neighboring region of Afar, although they were later released, according to U.N. reports.

Griffiths said a lot of trucks go into Tigray and don’t come back, compounding the humanitarian problems. He said no fuel trucks had gone into Tigray since late July.

“First of all, they probably don’t have fuel to come out,” he said. “And secondly, they may not wish to, so the consequences for humanitarian operations — whatever the cause — is problematic.”

The United Nations in Ethiopia said on September 16 that only 38 out of 466 trucks that entered Tigray since July 12 had returned. On Tuesday, World Food Program in Ethiopia posted on Twitter that 61 commercial trucks had left Tigray in recent days and they expected more to depart in coming weeks.

“We’ll continue to work with transporters to overcome any logistical issue to ensure trucks are on the road, facilitating the delivery of humanitarian aid,” WFP Ethiopia said.

In Tigray, the United Nations says 5.2 million people, or 90% of the population, need help.

According to the United Nations, screening of children under age 5 during the first half of September revealed that 22.7% of are malnourished and more than 70% of some 11,000 pregnant or breastfeeding women are acutely malnourished.

“As a comparison this is about the same levels of malnutrition that we saw in 2011 in Somalia at the onset of the Somali famine,” Griffiths said.

Griffiths said 100 trucks a day of aid needed to get to Tigray, but only 10% had gained access in the past three months.

“We need the Ethiopian government to do what they promised to do which is to facilitate access,” said Griffiths, who met with Ethiopia’s Deputy Prime Minister Demeke Mekonnen last week during the annual U.N. gathering of world leaders in New York.

Mekonnen assured him that access is improving, but Griffiths said, “it needs to improve a great deal more.”