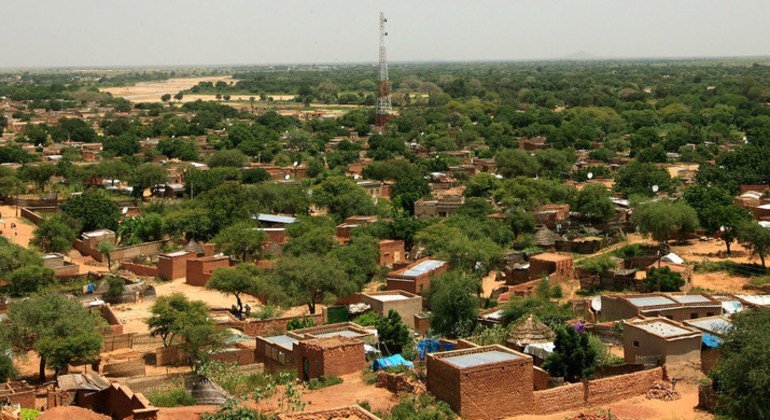 More than 60 people reportedly were killed, and 60 more injured, when armed men attacked Masteri Village, West Darfur, on Saturday, according to the UN humanitarian affairs office, OCHA – the latest in a series of incidents over the past week.

The UN Children’s Fund, UNICEF, added that children were among the victims, with five reportedly killed and nine others injured, all of whom were between the ages of one and three. Some 1,500 homes also were burned.

UNAMID is working closely with the Sudanese authorities and local communities to de-escalate tensions and has urged everyone with a stake in restoring stability, to intensify measures to prevent the situation from deteriorating further.

“The Mission condemns the loss of life, injuries and displacement resulting from such attacks whose main victims are women and children. It calls on the relevant government authorities to apprehend the perpetrators and bring them to justice”, UNAMID said on Tuesday.

“The Mission regrets that these incidents have taken place while the Government of Sudan and the armed movements are striving to reach a peace agreement in an attempt to bring sustained peace and stability to the Darfur region and indeed the whole of Sudan. The recurrence of such incidents at this moment of Sudan’s history can only aggravate division and discord amongst communities and derail the gains of the revolution.”

UNAMID has welcomed the Government’s announcement that a joint protection force will be deployed to Darfur, where millions remain in displaced camps following fighting that began in 2003 between Government forces and allied militia on one side, and rebel groups on the other.

“The civilian population in Darfur has endured enough suffering, and they deserve to live in peace and tranquility without fear of being attacked,” said the Mission.