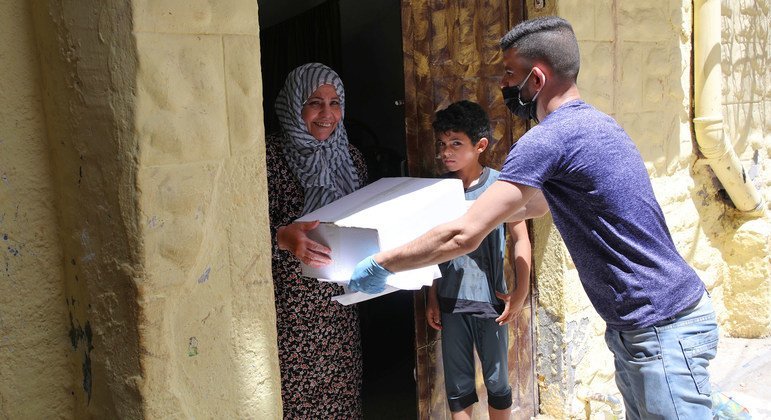 But Tor Wennesland also asked for a greater effort by the international community to address the “worrying situation on the ground”, including negative trends in the Occupied Palestinian Territory and fragile conditions inside the Hamas-controlled Gaza Strip.

“We must re-energize efforts now to establish a legitimate political horizon that will end the occupation in line with relevant United Nations resolutions, international law and bilateral agreements in pursuit of achieving the vision of two States,” the Special Coordinator said.

Mr. Wennesland was presenting his briefing on the implementation of Security Council resolution 2334 (2016), covering the period from 12 June to 27 September.

According to him, during the reporting period, there were no new settlement housing plans advanced, approved or tendered, but demolitions and seizures of Palestinian-owned structures continued across the occupied West Bank, including East Jerusalem.

In the report, the Secretary-General, António Guterres, says this pause in settlements “must become permanent.”

Mr. Guterres in the report, says he is “deeply troubled by the continued loss of life and serious injuries in the Occupied Palestinian Territory” and “appalled that children continue to be victims of violence.”

In Gaza, Israel eased access restrictions imposed during the May escalations of violence across the border with the enclave. In addition to key humanitarian assistance, access was progressively made easier for commercial goods and materials for international projects.

The Special Coordinator highlighted a meeting between President Mahmoud Abbas and Israeli Defense Minister Benny Gantz, on 30 August, the first between both sides in years.

During the meeting, Israel said it would provide a loan to the Palestinian Authority and announced plans to issue ID cards for thousands of undocumented foreign nationals in the occupied West Bank, and grant an additional 15,000 permits for Palestinian workers to enter Israel.

It also plans on issuing an additional 1,000 building permits for Palestinians in Area C of the West Bank.

On the humanitarian front, on August 16, the UN Relief Agency for Palestine Refugees (UNRWA) opened schools for over 300,000 girls and boys, but the agency is once again struggling to obtain funding to operate in the last months of the year.

Also on Wednesday, the Security Council approved a resolution renewing for one year the authorisation for Member States, acting nationally or through regional organisations, to inspect vessels on the high seas off the coast of Libya that they have reasonable grounds to believe are being used for migrant smuggling or human trafficking.

Delivering justice for abused child brides in The Comoros |