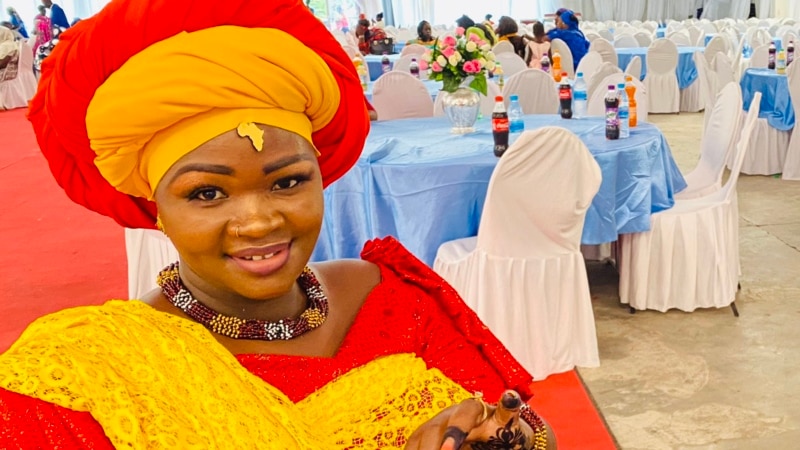 A South Sudan women’s rights activist has been named one of three winners of an award given by Amnesty International USA recognizing women who the group says “protect the dignity, liberties and lives of women and children in crisis regions.”

Riya William Yuyada, executive director of Crown the Women-South Sudan, was honored for her commitment to women’s safety, equality and empowerment in South Sudan.

Yuyada told South Sudan in Focus that she accepted the award on behalf of women and girl activists in South Sudan.

“I feel excited, and I must say it is not just an award recognizing Riya for her outstanding work toward the fight for women’s rights, but also an award for all the South Sudan women who are working hard for better [conditions] and all the girls and women that I work with,” Yuyada told VOA.

Crown the Women-South Sudan has carried out mentorships in 10 schools in Juba to inspire girls to stay focused in school and to promote girls’ education.

The largest group of out-of-school children in South Sudan are girls, according to the UNICEF. Poverty, child marriage, and cultural and religious beliefs hinder girls’ education.

Yuyada plans to use some of the $20,000 award money to build a healing center for survivors of rape and other gender-based violence in South Sudan.

“My dream has always been to have a healing studio or healing center for survivors of sexual violence, especially survivors of rape,” she said. “So, I will acquire a piece of land with it and then see what follows next.”

Yuyada said the recognition from the award will pave the way for her to connect with the two other women who have won the Sagan award.

“We are three this year uniquely, so I believe this award is going to help me tap into the network of Sagan’s family … to amplify further issues on women and girls’ human rights here in South Sudan and [across] the continent,” Yuyada said.

What German Football Can Do to Remedy Abuses in Qatar