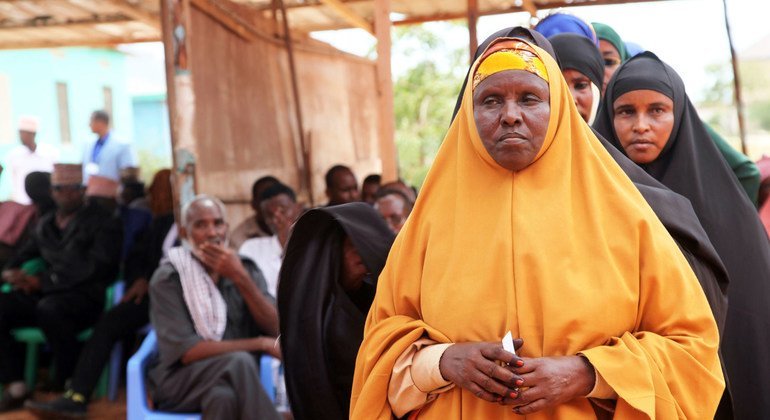 Briefing ambassadors under the Women, Peace and Security agenda, she said that her most recent trip, earlier this month, was aimed at boosting women’s involvement, including in upcoming parliamentary elections.

“I made this second visit to Somalia because women’s political participation is a game changer in our efforts to achieve sustainable peace, development and more resilient and inclusive societies”, said Ms. Mohammed, stressing that a 30 per cent quota is a crucial first step towards the equal representation of women in all sectors of life – from business to public service, and from elections to appointments.

She said there was real concern that women’s representation in the current elections will decrease.

The deputy UN chief painted a picture of an array of roadblocks for female candidates, which she observed are often impeded by rural tribal leaders, all of whom are men.

She highlighted that Somalia’s political environment is not conducive to women, with many male leaders promoting male candidates through political networks and connections that their female counterparts lack.

The Deputy Secretary-General cited the country’s 2016 milestone that nearly a quarter of parliamentary seats were occupied by women, noting that those figures “demonstrate that progress is possible even in the most difficult circumstances”.

She stressed that the Organization must “redouble” its efforts to support their participation.

“Keep a sustained focus, investments and partnership for the women of Somalia”, the deputy UN chief appealed to the Ambassadors.

“Women’s participation in elections and political processes is critical to realizing an inclusive society” with more women in decision making roles and with the authority to allocate resources, said Ms. Dini.

And because Somalia’s national election should be seen as promoting peace, security, women have been appealing to all parties to “set aside their political rivalries…for the sake of the country”.