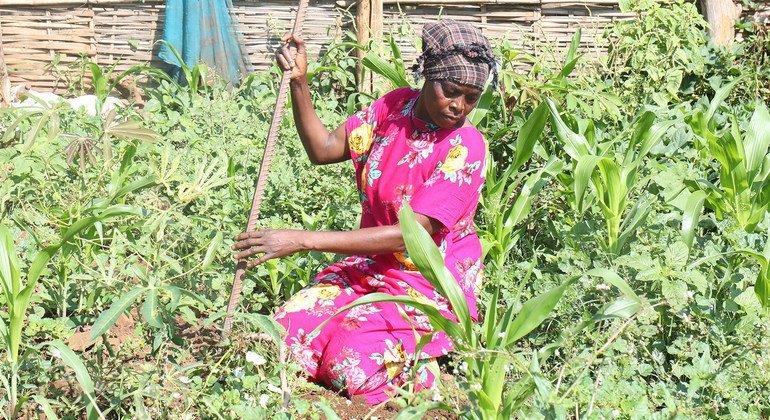 During the trip Mr. Grandi met Sudan’s Prime Minister Abdalla Hamdok and South Sudan’s President Salva Kiir where they discussed how the two countries can work together to help their displaced populations.

With some 7 million Sudanese & South Sudanese displaced within or outside, finding solutions based on peace & development is crucial for their future.https://t.co/BFUNcIs87r

“Returning home is one solution but it is not the only one”, the High Commissioner said. If someone chooses to remain displaced, the initiative must ensure “they can do so with dignity and sense of belonging”.

After the Governments of Sudan and South Sudan signed the Revitalized Peace Agreement in 2018, close to 300,000 South Sudanese refugees spontaneously returned, with over one million more displaced inside the country also going back  to their homes.

In June, the Secretary-General’s Special Representative, Nicholas Haysom, who also heads the UN Mission in South Sudan, known as UNMISS, warned that pervasive insecurity – in particular intercommunal violence – continues to obstruct the realization of a durable and sustainable peace and nearly three years later, many of the requirements of the Revitalized Agreement have not been met.

“This initiative is a unique opportunity to place the respective Governments and displaced people at the center of planning for the future and so, it will require concerted efforts to ensure their sustained stability and security”.

A case in point

UNHCR described how many South Sudanese returnees come back to find their homes destroyed, with little or no infrastructure or social services.

Regina Ochala is one such case. After fleeing her home in northwestern South Sudan’s Wau over two decades, ago the 42-year-old spent most of her adult life in a refugee camp in Sudan.

She relocated to Khartoum before recently returning home where she planned to ask her brother for assistance. But when she arrived in Juba, she discovered that he had died and she was stranded.

Now she struggles to cope with life back home as her entire family was killed in the conflict.

‘Solutions must be found’

According to the UNHCR, many like Ms. Ochala require support to restart their lives in secure areas.

Mr. Grandi emphasized that UNHCR will continue working with the Governments of Sudan and South Sudan as it relies on the support of the international donor community to assist the displaced as well as returnees to live in safety and dignity.

“Solutions have to be found as part of the peace process”, he concluded.

DisplacedMillionsSolutionsSouthSudan
Previous article Statement by JHR on Urgent Need for Evacuation from Kabul of Journalists, Humanitarian Workers and Afghans Fearing for their Safety
Next article Amidst turmoil, displacement and plunging economy, Afghanistan’s future ‘very difficult…to see’ |