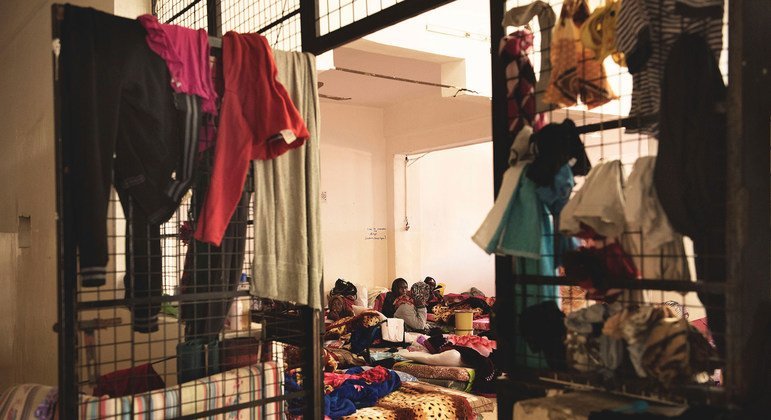 In a debate about conditions in detention and how to do more to protect female detainees during the COVID-19 crisis, the UN human rights office, OHCHR, warned that overcrowding had led to serious harm.

“Globally, women represent between two and 10 per cent of prison populations, but their numbers are increasing rapidly – more rapidly than the increase of male prisoners”, said Georgette Gagnon, head of field operations and technical cooperation at OHCHR.

“Many women detainees face inhuman and degrading treatment during arrest, interrogation and in custody, including being stripped; invasive body searches; rape and threats of rape; so-called ‘virginity testing’; and other acts, insults and humiliations of a sexual nature.”

Speakers at the Geneva forum on Wednesday noted that the pandemic continued to represent a threat to inmates’ physical and mental health, and that measures to stop transmission were making their sentences “much harsher”.

The pandemic has “put the spotlight on the systemic challenges that have plagued prisons for decades”, said Sven Pfeiffer from the UN Office on Drugs and Crime (UNODC).

“Overcrowding, coupled with poor prison conditions and a lack of management capacity and resources are key obstacles for compliance with international standards”, he added.

Only six per cent or less of the global prison population had been released to reduce the risk of COVID transmission, said Olivia Rope, Director of Policy and International Advocacy at NGO Penal Reform International.

In a call for urgent and systemic reform, she appealed to governments to apply internationally agreed minimum standards for people in detention, known as the Mandela Rules and the Bangkok Rules.

The past decade had seen rising awareness of the needs of women prisoners as a distinct group thanks to the Bangkok Rules, Ms Rope continued, while there had also been some reforms to solitary confinement conditions, better healthcare and training for prison staff, thanks to the Mandela Rules.

But “more long-term, systemic reform” is needed that was rooted in the international standards that guided authorities on the practicalities of a human rights-based approach, that respected the dignity of persons detained, Ms. Rope maintained.

Some speakers stressed that the uptick in female prisoners was not owing to an increase in criminality, but rather to political decisions.

Others noted that investing in the proper treatment of prisoners had been proven to reduce re-offending upon release.

UNODC’s Mr. Pfeiffer, meanwhile, insisted on the need to tackle the issue of prisoners’ rights from a gender perspective that left no-one behind.

Highlighting the agency’s Global Prison Challenges Programme and field-based projects with more than 40 Member States, he explained how women prisoners in Bolivia learned construction, metal work and carpentry – skills that they could apply once released.

These measures are in line with the framework of Sustainable Development Goal 16 of “promoting just, peaceful and inclusive societies”, which recognises that overcrowded prisons cannot protect society from crime and rehabilitate offenders, UNODC said.