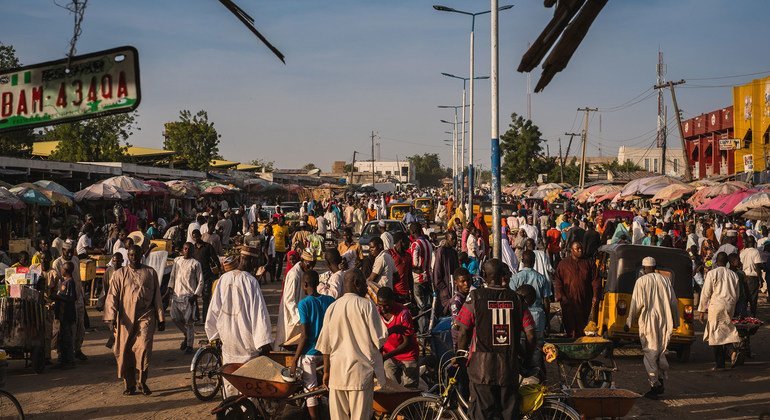 “The arrest and detention of Mr. Bala amounts to persecution of non-believers in Nigeria”, they said. “We are concerned that he may be prosecuted under anti-blasphemy laws that provide for capital punishment in Nigeria.”

Mr. Bala, President of the Humanist Association of Nigeria, has led human rights education campaigns to promote freedom of religion or belief and to raise awareness about religious extremism online or on social media.

He was arrested at his home in Kaduna state, located in the northwest, on 28 April, following a petition filed with police in neighbouring Kano state, alleging he had insulted the Prophet Muhammad in Facebook posts.

Mr. Bala is being held in Kano state, where he has reportedly received death threats, including one threatening to burn down the police station where he is detained.

‘Serious lack of due process’

The UN experts expressed deep concern over what they described as “the serious lack of due process” in his case.

International law protects expression of opinion and beliefs, “including what is seen to offend religious sensibilities”, they said, adding that applying the death penalty for alleged blasphemy also violates Nigeria’s obligations under international human rights law.

The rights experts are also concerned about Mr. Bala’s safety while in detention, fearing he may be subjected to torture or other punishment due to his beliefs.

They recalled that in 2014, Mr. Bala was forcibly admitted to a psychiatric ward for 18 days after being assessed as needing help for being an atheist.

The 11 experts appealing for his release were appointed by the UN Human Rights Council and are not UN staff, or paid by the Organization.

They expressed disappointment that the Nigerian Government had not responded to their urgent appeal sent in May.

“No one should be arbitrarily detained or arrested for expressing peacefully their opinion, thought and conscience or for simply being an atheist,” they said.

Coronavirus: South Africans cheer as alcohol goes back on sale