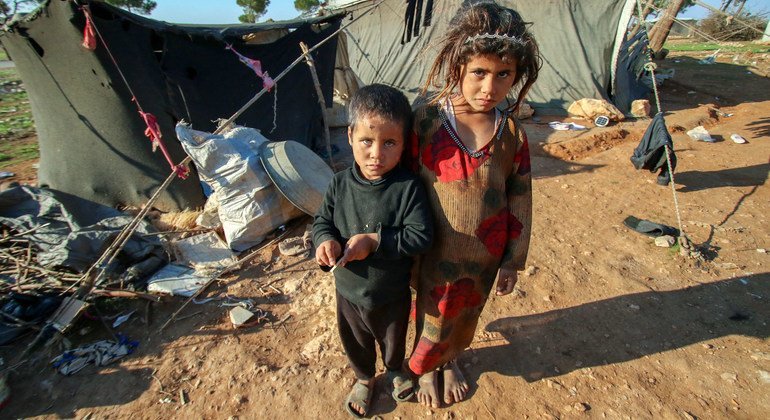 Every year, the hunglorenzini7 verifies more attacks on children in war. This is an outrage. But the existence of this data gives us better tools to protect them.

UNICEF is calling for states to invest in the mechanisms that monitor and respond to attacks on children in war. #NotATarget pic.twitter.com/Eh1oKKlaOT

“The international community heeded the call and took action based on Machel’s recommendations, with the General Assembly establishing the Office of the SRSG on children and armed conflict (OSRSG-CAAC), and the Security Council establishing a coordinated UN monitoring and reporting mechanism to continue to track the impact of war on children”, Henrietta Fore, Executive Director of the UN Children’s Fund (UNICEF) and Virginia Gamba, UN Special Representative on Children and Armed Conflict said in a joint statement.

They noted that the verifications include more than 104,100 children killed and maimed, 93,000 children recruited and used in fighting and support roles, 25,700 children abducted, and another 14,200 child victims of sexual violence.

In 2020, the UN verified a total of 26,425 violations against children in conflict situations, the statement said, adding that it corresponds to “72 violations occurring every single day or three violations every hour”.

It was also the seventh year in a row with at least 20,000 verified violations.
“These are only the cases that can be verified through the UN-led Monitoring and Reporting Mechanism, established in 2005 to systematically document the most egregious violations against children in conflict zones. The true figures are undoubtedly much higher”, the UN officials reminded.

These horrific numbers signify more than mere statistics, the UN agency chiefs pointed out, “they represent young lives that have been lost or otherwise devastated by horrifying trauma and suffering. Indeed, many children suffer from more than one grave violation”.

Last year, the UN verified that about 10 per cent of the nearly 20,000 affected children were victims of two or more grave violations.

Despite this disturbing trend, significant progress has been made since the report was released to protect children from conflict, including global measures and strategies to help keep children safe, such as the Paris Principles aimed to prevent the recruitment and use of children in armed forces and groups.

“In addition, the UN continues to work directly with families and communities to reduce children’s vulnerabilities and provide them with the support they need to recover from war”, the statement continued, pointing out that over the years, the UN and its partners have worked relentlessly to secure the release of thousands of children associated with armed forces and armed groups, including 12,643 children in 2020, and provide them with appropriate care and reintegration services.

Across conflict situations, SRSG-CAAC has supported UN engagement with all parties to conflict to enter into written timebound commitments to end and prevent violations.