Pharmacists Facing Coronavirus… Selling Masks, But Cannot Secure Them for Themselves 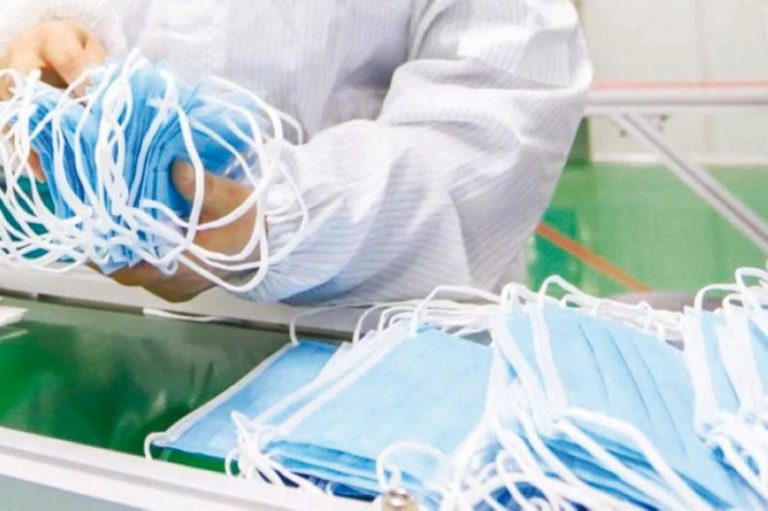 Lujain, a pharmacist, heads to self isolation in her room once she is home in an attempt to avoid mingling with her family members, especially the elderly. She misses social and family life, due to the nature of her work that requires dealing with tens of people per hour in the pharmacy where she works, in light of fears of Coronavirus infection and the lack of protective tools. “There are many pressures, we deal with almost 50 people per hour, there is difficulty, and the disease spreads easily, in addition to the employers neglecting to provide us with protective gear”, she says.

Pharmacist Lujain begins her work at 7:30am for 8 continuous hours without any means of protection, except for a red line separating her one meter from her client. She sterilizes her hands constantly, and tries to avoid direct contact with clients.

She says the numbers of people have been increasing throughout the period of the crisis, which led her and her colleagues to worry about being infected. Working in this field obliges them to deal with the public without knowing who is sick and who is not. Her continuous attempts to raise awareness among clients went fruitless as they kept swearing at her, yet she is used to their reactions, as are all pharmacists.

As noted in the report, medical personnel throughout the past period have continued working, both after the emergence of the first case of the Coronavirus “Covid-19” at the beginning of March, and the subsequent record of infections, as well as the introduction of precautionary measures – leading to the curfew in the Kingdom. The Pharmacists Union formed a crisis cell to ensure the provision of pharmaceutical supplies, as the pharmacy professionals were on the frontline of the virus, mingling with large numbers of people, repeating the same prevention advice, selling them masks to protect themselves, while they lacked them, and working long hours to reassure citizens.

This report reviews a number of these stories during the current crisis, how they lived through it, what impact it has had on their lives, and how they protect themselves from the risk of infection.

“The 7 of us worked at the same time for 16 continuous hours. We suffered from stress.” Pharmacist Samir describes the nature of their work on the day before the curfew decision to restrict the spread of the Coronavirus, recalling that they faced the same situation after the news broke of the first virus infection. He took it upon himself to educate people and convince them of the need to take precautions seriously to protect themselves. But their disdain for that prompted him to say that they are walking voluntarily towards their fatal destiny, only adding to the psychological pressure he already feels.

Samir points out that people in the city of Zarqa disregard the prevention instructions given by pharmacists. What is now happening is a purely political and commercial game, in which pharmacists want to earn more money by selling sterile materials, which Samir refuses to buy for his children. The situation changed after the first infection was announced; people started to take the situation seriously, rushing to buy masks, sterilizers and gloves, says the pharmacist. He was surprised by people visiting the pharmacy to buy non-essential products such as anti aging creams, sunscreen, and sexual wellbeing products, even though it is not urgent and is therefore in breach of the current quarantine.

Samir, who has not had a day off for 8 consecutive days, believes that it is his duty to continue to perform his job at such times, saying: “We were not forced to work, and we cannot sleep. The psychological pressure hurts us, we have fear for our people, my family understands my work, and they ask me to continuously take care of myself despite the presence of protective materials such as gloves, masks and sterilization means around me.” He pointed out that his feeling of exhaustion was pushing him to take a break of no more than ten minutes, after which he would return to deal with patients and visitors to the pharmacy.

“We are Not Mask Sellers”

Another pharmacist, Malak, was dissatisfied with people describing them as ‘mask sellers’, and their neglect of the role played by pharmacists, saying, “They forget that they come to consult us instead of doctors”.

Because of the lack of masks in pharmacies, Malak works without wearing a mask to protect herself, as is the case with most pharmacists who don’t have effective personal protective equipment for themselves during their direct dealing with patients and people. Some of these patients do not adhere to the basics, such as maintaining a sufficient distance between themselves and the pharmacist, or with other people in the pharmacy. There is also the possibility of getting infected from the money they receive from people. Malak described her work as a fertile environment to attract the disease, noting that she resorts to using alcohol a lot in order to protect herself, saying, “She used a 1.5 litre bottle of alcohol in two days”.

The same applies to Lujain, who chose to sell the only mask she kept for her own work to a dialysis patient, as she was in urgent need of it, while she practiced her work without any.

The pharmacists’ problems are not limited to the shortage of protective equipment, as many patients hold them responsible for the lack of masks. Malak notes that many residents of Amman, where she works, continue to complain about the lack of preventive tools and reprimand the workers in the pharmacy if they do not find masks.

The same thing happened to pharmacist Khaled, who asked the pharmacy patients to search the shop, to prove there are no masks or sterilizers, as they accuse him of hiding it, considering that their work requires them to be in direct confrontation with the virus. Pharmacists deal with patients face-to-face in close proximity, and are supposed to change masks frequently but the masks that were secured for pharmacists at the beginning of the crisis ran out when the demand for them increased. After the disease started to spread more widely, Khaled tried repeatedly to get a mask to use during his work in his pharmacy in Irbid, but to no avail. He has no other option than to sterilize his only mask, which he has used since the beginning of this month.

Khaled’s family is afraid of the possibility of him catching the infection and transmitting it to them, especially as he dealt with a number of people who had symptoms of Coronavirus but ignored his advice to contact the Ministry of Health or Civil Defense. They would leave the pharmacy immediately upon hearing this advice, on the pretext of visiting the hospital themselves.

In the Face of Danger

The head of the Jordan Pharmacists Union, Zaid Al-Kilani, confirmed that the nature of the pharmacists’ work exposes them, and their families, to the risk of catching the virus through their extensive interaction with patients, and that they must take precautions.

The union tried to provide them with enough masks by producing them in a local factory, but the announcement of the curfew prevented them from obtaining permits for that.

The Ministry of Health secured its own need for masks, while 15,000 pharmacists, around 60-65% of them female, currently practice without personal protection, according to the Kilani. Meanwhile, pharmacists continue to look for a solution to the crisis while continuing to serve their patients, delivering medicines to their homes, and giving out their own phone numbers to communicate with them and consult on their medicine. Samir claims ‘they remain faithul in their mission and duty to help the country out of this ordeal’.