Close
Ask a Question
Home/ Africa Confidential/Op-Ed: Ruling out violence as a means to achieving compliance with COVID-19 measures in Sierra Leone 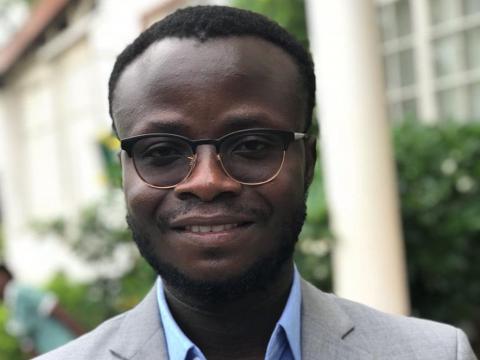 On March 25, Sierra Leone’s President Julius Maada Bio declared a year-long state of emergency as part of measures to curb the spread of the Coronavirus pandemic, also known as Covid-19. At the point of his declaration, Sierra Leone was yet to record a single case of the virus – the only country in West Africa to have been spared at the time.

As Monday, April 20, Sierra Leone has recorded 43 cases, with no deaths. Meanwhile, 6 people have recovered and discharged after they tested negative for the virus on a second test.

Many have labelled President Bio’s declaration as “too extreme”, while others have defended the decision, saying it is a proactive measure to nip Covid-19 in the bud.

In times of crisis, especially public health emergencies, there is an urgent, crucial need for strong and reassuring leadership – one that inspires hope and provides direction on what needs to be done to keep individuals and communities safe.

Extraordinary times, like Covid-19, require extra-ordinary measures to keep the public safe and save lives.

President Bio himself emphasised while declaring the state of emergency: “The rapid global spread of the coronavirus poses an immense risk to human beings that can lead to major loss of lives and can cause socioeconomic disruption in Sierra Leone”.

He added: “This situation requires effective measures to prevent, protect, and curtail the spread of the coronavirus disease in Sierra Leone.”

These extreme measures follow a global trend to contain the coronavirus. All over the world states have adopted sweeping measures such as lockdowns and curfews, limiting the movement of people and discouraging public gatherings of any sort. Reducing physical interaction between many people, which is now known as social distancing, is seen as one of the most effective ways of reducing the risk of human-to-human transmission of the virus.

After declaring a state of emergency, President Bio then proclaimed a three-day nationwide lockdown which started on April 2. The lockdown required people to stay home except for “essential service personnel”.

During the three-day lockdown, many human rights violations were recorded.

As most of Sierra Leone’s population lacks clean water, many had to leave their homes to fetch water at nearby communal facilities. Video’s emerged showing police brutality against those who left their homes for essential services, such as food and water.

There were also reports of an (alleged?) assault on a journalist in Kenema by members of the security forces, although that happened outside the lockdown.

The three-day lockdown was also marred by frequent and long power cuts, which made staying at home for many people more difficult.

It is worthy to note here and draw the attention of the President to the use of heavy force by the national police to achieve compliance with the lockdown measures. Men in uniform armed with guns and canes are beating up people in an effort to enforce compliance.  The victims of police brutality include homeless people, one of whom was proven to suffer from mental illness, sleeping on the streets of Freetown.

President Bio may have acted lawfully as provided by Section 29 (5&6) of the 1991 constitution of Sierra Leone, on the declaration of a state of emergency and restriction of certain freedoms. However, the state must be reminded that while international law and even domestic law allows for the limitation of certain rights; such as the rights to freedom of movement, these limitations must be made under circumstances that are proportionate and necessary for the situation.

Freedom of movement is not an absolute right; this means it is a negotiable or derogable right under international treaties Sierra Leone is a party to, with the exception of the African Charter, which does not allow state parties to derogate on fundamental human rights under any circumstances.

Article 4 of the International Covenant on Civil and Political Rights (ICCPR) provides for countries to take measures to derogate from some of their obligations under the covenant. This includes the right to freedom of movement, “in time of public emergency which threatens the life of the nation and the existence of which is officially proclaimed.” Such measures may only be taken “to the extent strictly required by the existence of a situation, provided that such measures are not inconsistent with their other obligations under international law and do not involve discrimination solely on the ground of race, colour, sex, language, religion or social origin.”

Article 4 (2) speaks of the inherent right to life, the right not to be subjected to torture, degrading and inhuman treatment and the right not to be enslaved as one of the fundamental human rights the state cannot derogate from. States cannot compromise on these rights despite the current public health emergency.

And yet, the evidence in posts shared on social media proved quite the contrary. Police officers who were shown whipping and beating the homeless and those who were collecting water were not acting humanely; instead they were degrading and dehumanising, a clear violation of fundamental human rights by the state.

The state has a responsibility to provide adequate water supply to its citizens, among other basic social services. Some countries in Africa are already doing this to mitigate the economic and social impact of Covid-19 on its citizens. South Africa, for instance, doubled its water supply to vulnerable communities before declaring a 21 day lockdown in March.

Instead of assaulting people, the police and the security personnel could be used to facilitate the rapid provision of essential services such as providing water, food and healthcare to vulnerable communities.

Even though senior representatives of the armed forces have since come out to condemn the violent actions by some of their officers, promising to bring them to book, it is not enough.

While an apology is commendable, the army must go beyond rhetoric. They must take action on this matter and ensure that perpetrators are not only brought to book, but that all security personnel are encouraged to implement Covid-19 measures humanely.

The United Nations and several rights-based campaign groups have urged states to use rights-based approaches in their response to Covid-19.

As the fight against COVID-19 continues, calls for an extension of lock-down measures are increasing among certain sectors of society. The state and its agents – the police and army in particular – must be reminded that they must not violate fundamental human rights in the pretext of implementing Covid-19 measures.

During the 2014 Ebola outbreak, we used to say, practice the ABC: “Avoid Body Contact” to prevent the spread of the disease.In this case, we must keep our distance, even though this has proven challenging in many African contexts, including Sierra Leone. The humane and compassionate implementation of COVI-19 measures by security officials can only serve to improve what is otherwise an unprecedented global health crisis.

The author, Mustapha Dumbuya, is a journalist and a senior journalism trainer with Journalists for Human Rights (JHR), a Canadian media development organisation. Mustapha is currently pursuing an MPhil in Human Rights and Democratisation in Africa at the Centre for Human Rights, University of Pretoria, South Africa.

WHO Doctor Freed in Mali