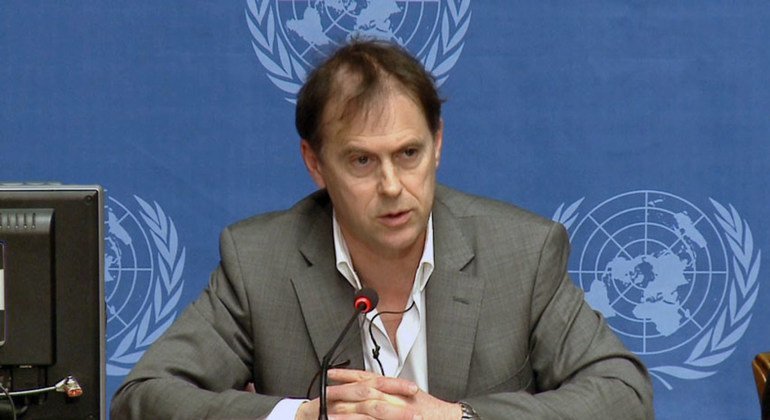 In an article posted online on Tuesday, the Algérie Presse Service (APS) listed the reasons why “the Geneva Office of the United Nations Dispute Tribunal” had turned away the complaint in just 24 hours.

The story – which quoted an interview on Radio Monte Carlo two days earlier with someone described as the tribunal’s secretary – was illustrated with a photo of a UN meeting room in Geneva.

There is indeed a UN Dispute Tribunal in Geneva, but it deals with internal administrative issues within the UN, not with human rights matters.

“The information contained in the article – which has been widely picked up by other media in Algeria and elsewhere – is a complete fabrication from start to finish”, OHCHR spokesman Rupert Colville said in a statement on Friday.

“No UN human rights body with this name exists”, he insisted.

Nor, he added, has the Office been unable to identify any relevant UN staff member or independent human rights expert with a name that correspondents with the individual who purportedly spoke with Radio Monte Carlo.

The Office has received complaints in recent weeks from Algerian citizens and activists that will be examined by relevant bodies in due course.  But, as Mr. Colville’s statement explained, no UN human rights body conducts an expedited 24-hour procedure.

A second problematic story “from the opposite perspective”, appeared on Thursday on the Algérie Part website.  It correctly described the APS report as false – but also included “largely invented” quotes that it attributed to a UN human rights office spokesperson.

Algeria’s President Abdelmadjid Tebboune announced on 25 August that a referendum will take place on 1 November on a new constitution that would give more power to the prime minister’s office and parliament, according to news reports.