Nicknamed “Pappy Grove”, Manu Dibango was a musical innovator whose work over six decades inspired some of the greatest artists of our time.

The Cameroonian saxophonist, who died at 86 this week after contracting coronavirus, also influenced many musical genres.

Whether it was Congolese rumba in the 1950s, disco in the 1970s or hip-hop in the 1990s, his contribution to the development of modern music cannot be overstated.

In the 1950s he was at the epicentre of rumba that formed the foundation for modern popular African music.

His songs amplified the hope felt by newly independent African states and formed the soundtrack to an optimistic era.

The singer, songwriter and producer then turned his attention to another genre, and was in the vanguard of the disco era in the early 1970s. 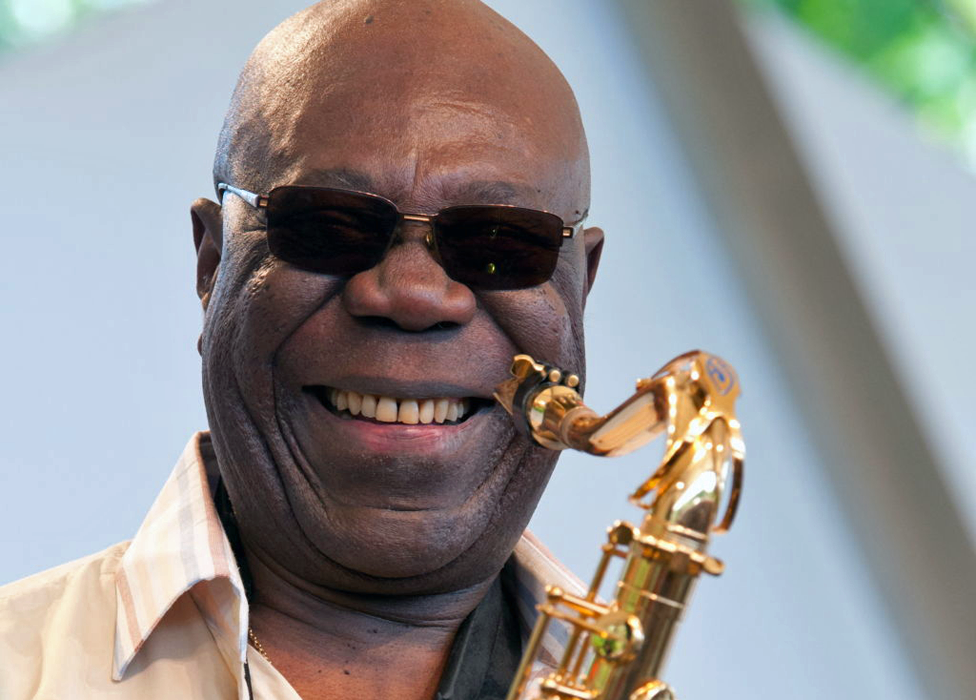 Through jazz I discovered all the music that I love, starting with classical music”

But Dibango’s first love was jazz, which celebrates virtuosity and encourages improvisation and cross-genre experimentation.

“Through jazz I discovered all the music that I love, starting with classical music,” he told Courier, the magazine for the UN’s cultural organisation, Unesco.

“Jazz is a much more rigorous form of music than is generally thought.”

He was best known for playing the saxophone, but he was a talented multi-instrumentalist, who could play the vibraphone and piano.

Emmanuel N’Djoke Dibango was born in the Cameroonian city of Douala on 12 December 1933, which at the time was French colonial rule.

His father was a civil servant and his mother was a dressmaker who led a Protestant women’s church choir several times a week.

Dibango went after school to listen to their rehearsals and it was there that he “caught the magical virus of music”, he told Courier magazine in 1991.

He would sing whenever he could and he enjoyed conducting his mother’s sewing apprentices as they sang while they worked.

“What I liked most of all was to marshal the voices into a human instrument that sounded right and true,” he said.

“Eventually the tunes I learned became so much a part of me that later on when I was in France and heard a Bach cantata that I had learned at chapel I thought at first that I was listening to music from back home.”

Dibango was sent to France as a 15-year-old to continue his schooling and also study classical piano, taking up the saxophone later.

But when he started hanging out at clubs and neglecting his studies, his parents stopped supporting him, forcing him to make music pay.

He earned his money accompanying all sorts of singers in all kinds of dives as well as playing classical music for ballet dancers. 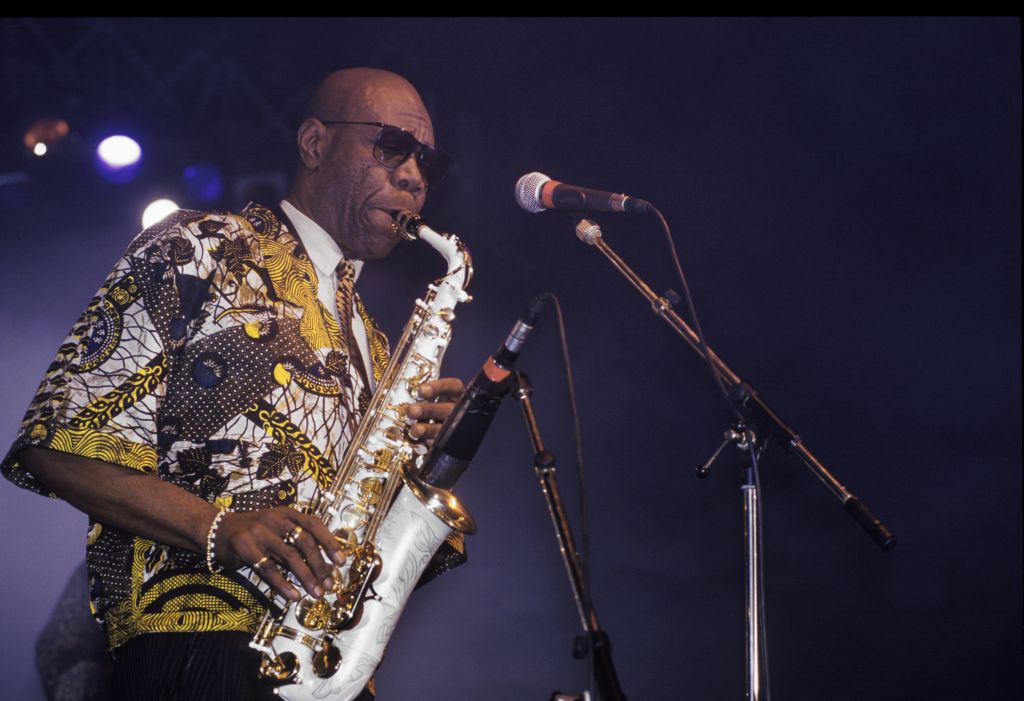 Moving to the Belgian capital, Brussels, in the 1950s, he found work at the Ange Noir club. It was there that he met Josef Kabasele, also known as “Le Grand Kallé” – the revered Congolese musician who led Orchestre African Jazz, a band that spawned numerous musical stars.

Impressed with the young Cameroonian’s prowess on the saxophone and piano, Kabasele took him under his wing inviting him back to what is now the Democratic Republic of Congo, where Dibango began honing his writing and producing skills.

In the late 1960s and into the next decade, he synthesised his own unique sound, blending jazz, soul and funk with Cameroonian rhythms and melodies. He produced powerful new music that included evergreen club favourites like New Bell and Big Blow.

In 1972 he released the song that would propel him to international stardom: Soul Makossa.

Originally a B-side to the anthem for the Africa Cup of Nations football tournament, it is infectious – a monster jazz funk workout featuring Dibango’s inimitable stuttering saxophone.

Soul Makossa, meaning “I will dance” in the Douala language, was a seminal track in the vanguard of the disco era, filling dance floors across the globe.

Indeed, Soul Makossa is believed by some to be the first disco record.

The song influenced and inspired a dazzling array of artists and bands from across the musical spectrum, from jazz greats like Herbie Hancock to funksters Kool and the Gang to megastar Michael Jackson.

Dibango later accused Jackson of using a riff from Soul Makossa on Wanna Be Starting Something, the opening track of the biggest selling pop album of all time, Thriller.

Jackson settled the case out of court.

The world of hip-hop, including Tribe Called Quest, Kanye West and Jay-Z, discovered and fell under the spell of Soul Makossa and other Dibango tracks.

Salsa legends Fania All Stars, Nigeria’s juju music maestro King Sunny Ade and Jamaica’s cutting edge reggae duo Sly and Robbie, number among the artists from different genres who were eager to collaborate with him.

He never seemed to tire of music and his 44 album releases over his long career, plus the many rumba recordings he worked on, stand as a testament to his commitment to the art.

Speaking to the BBC in 2013 about his legacy, Dibango modestly said that “when you are gone it is finished”, but as his music continues to be played and inspire people, his influence is far from finished.