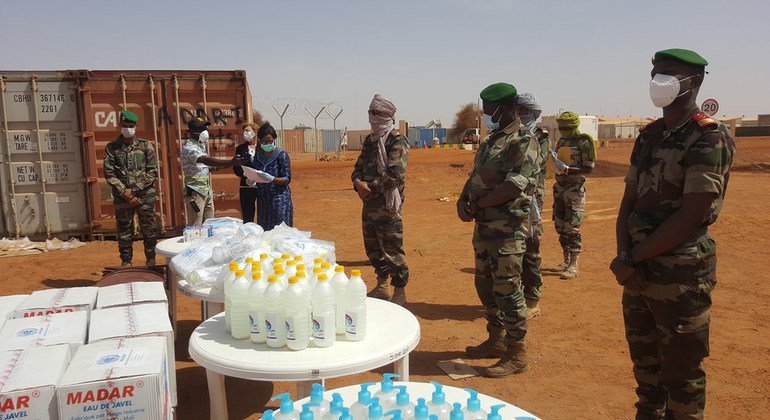 The UN chief had earlier condemned the mutiny, while calling for constitutional order and the rule of law to be immediately restored.

The Security Council will also hold a closed session on Wednesday where the head of UN Peacekeeping, Jean-Pierre Lacroix, will brief the 15 ambassadors.

Like the UN chief, members have strongly condemned the mutiny and underlined “the urgent need to restore rule of law and to move towards the return to constitutional order,” according to a statement issued on Wednesday.

President Keïta has led Mali for the past seven years.

In recent weeks, protests have been held calling for him to step down due to alleged corruption and an inability on the part of authorities to handle rising insecurity in the north and central regions.

International media reported on Wednesday that the President had announced his resignation on Tuesday night. The leaders of the coup reportedly announced that they plan to set up a transitional civilian administration, and fresh elections.

Meanwhile, operations continue at the UN Multidimensional Integrated Stabilization Mission in Mali (MINUSMA), which supports political processes and reconciliation in the country.

“Our colleagues on the ground are emphasizing that the work of the UN peacekeeping mission must and will continue in support of the people of Mali, and in close liaison with the Malians, including with the Malian security and defense forces in the north and centre, where the situation is still very worrying,” said Mr. Dujarric.

MINUSMA is the most dangerous UN operation in the world. Nearly 130 peacekeepers serving there have been killed in malicious acts, the UN chief told the Security Council in June.

The mission was established in 2013 following a military coup and the occupation of northern Mali by radical Islamists the year before.

The government and representatives of two armed group coalitions, signed a peace deal in 2015.