The first time I met Roma people in the Western Balkan region was in 1999, while I was working in Montenegro. I had just come out of a few hard years in South Sudan and Rwanda, and I was looking forward to coming closer to home. I was working for an NGO and spent my days in the Roma camp outside of the town of Podgorica, where thousands of people were struggling to make a living. Despite the tensions, past and recent, and the lack of many things, the camp was not a sad place, somehow.

I remember being amazed by the incredible diversity of facial features in that community, feeling sometimes like I was in an international airport with people coming from around the world. I remember thinking the history of these people is on their face. Many families had similar stories and ancestry, but others recalled different paths, India, middle east, northern Africa. 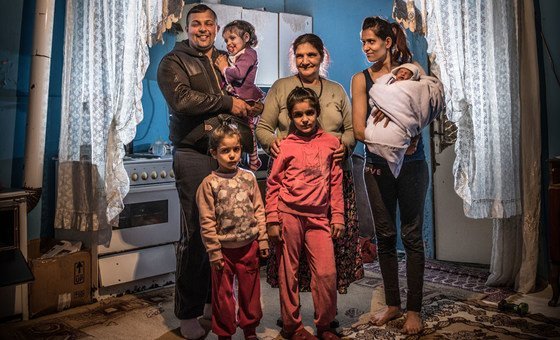 I could see the camp as a lake, where different rivers had converged to, over the centuries; and the lake was tempted between remaining a lake or turning back into a river.

We used to sit with Roma women, and share stories. After a while, they read my future in the coffee grounds, and of course, it involved love. We probably were working on needs assessment or something like that, but I just remember the two things that all women kept mentioning to me: they wanted better teeth (their teeth were damaged quickly due to poor nutrition and hygiene conditions), and they wanted nail polish. They were 15, 35, 50-year-old, and in the midst of chaos and despair, they wanted beauty, and love.

This was one of these moments that captured the reality of inequalities: not just a sophisticated macro-economic concept, but something people experience as individuals, something which prevents them from fulfilling their potential and their dreams, in whatever shape and scope.

A year later, I met them again. In Gujarat, India, in the wake of the 2001 devastating earthquake. There, they are called Kuchis, the nomadic tribes of India and Afghanistan. Same faces, same stories, same music. Same extraordinary resilience within different chaos. The first migrants.

Addressing the needs of the most vulnerable Roma communities in Serbia

I meet Roma families now again, in Serbia, in my position of the UN Resident Coordinator in Serbia, in the peak of the COVID-19 crisis. According to the official data, there are at least 150,000 Roma people living in Serbia, though unofficial figures point this number may be significantly higher.

During the first three months of the UN response to COVID-19, our teams, along with government counterparts, identified that tens of thousands of Roma lacked basic access to safe water and electricity, which is a serious health risk in the time of a pandemic, besides being a threat to life and human dignity.  We assessed humanitarian needs in 500 substandard Roma settlements (out of over 760 estimated settlements) and quickly started acting. In close cooperation with the Serbian Red Cross at the local level and many other local stakeholders, the UN has provided assistance packages and tailor-made health messages to thousands of Roma families at risk. The UN also put in place assistance so that Roma children could attend some form of remote education, in communities where access to the internet and to computer is extremely limited.

Eighty-two Roma health mediators in 70 municipalities switched to telephone consultations. In just a few weeks’ they reached 9,260 Roma families, advised over 4,500 persons on preventive measures, and referred over 100 persons to COVID-19 testing centres.

For a long period of time, Roma people in Serbia have been structurally neglected, which resulted in inadequate housing, unequal access to education for Roma children and unequal position in the open labour market.