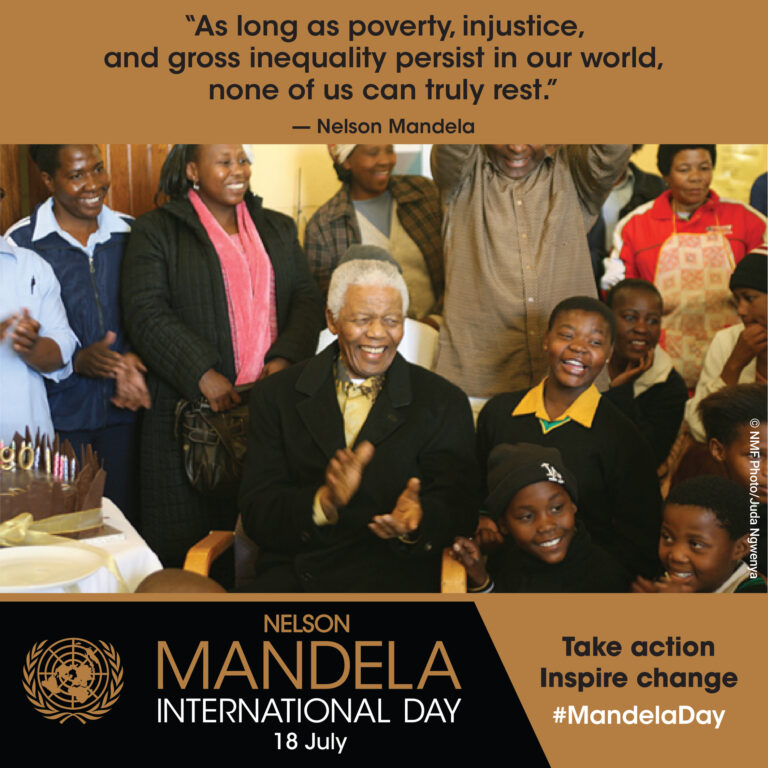 I was very young when I first heard the name Nelson Mandela – six or seven. My family had recently moved to Lesotho, a small mountainous kingdom completely surrounded by South Africa, and it was the early 1980s. I knew he was in jail, and I knew he was very very important, both to my Black friends at school, and to the few white people we knew there. “He represented hope, and he represented a voice of sanity,” recalled my father, Dr. Jim Pulfer. It was a period that enjoyed precious little of either.

At the time, the political situation in South Africa was descending into a bloodbath. The state had been attempting to enforce a morally bankrupt legal code that privileged whites over Blacks for decades, an ethically illegitimate situation that had come under fire both from within and without. (While the Conservative government of Brian Mulroney was one of the first to impose sanctions against South Africa’s racist regime, it’s also worth noting here that many of the legal instruments of apartheid were borrowed from Canada’s very own Indian Act.)

The government of then-South-African-president P. W. Botha’s response to these attacks was to double down. Botha’s forces “banned” those who attacked the state, confining them to house arrest, while going to ever more extraordinary lengths to destroy ever-more-determined forms of resistance.

Friends who publicly supported Mandela’s antiapartheid struggle against state-sanctioned racism next door in South Africa were receiving parcel bombs. (One Anglican vicar we knew, the Rev. Michael Lapsley, eventually had both his arms and legs blown off.) The Canadian magazines we subscribed to arrived in Lesotho with entire pages on the situation in South Africa blacked out. And the death of Steve Biko, Mandela’s long-time colleague in arms, in jail sent shock waves through an already fragile situation, sparking fresh waves of violence in the impoverished townships around Johannesburg and Cape Town.

In December 1986, at the height of South Africa’s self-declared State of Emergency, the South African military invaded Lesotho. The South Africans took functional control of the country, imposing a curfew in which if you were out between the hours of 6pm and 6am, you would be shot on sight. Nobody doubted the terms: the South African security forces were capable of a brutality that knew few equals.

It is hard to convey the sense of pervasive danger and fear. But one thing I was clear on: Nelson Mandela represented hope, and he represented a future. He represented a vision of South Africa in which both Black and white could put aside the ugliness of the past and find ways to live together peacefully. When he walked out of that jail, in 1992, and then, through his ascent to power, when he showed mercy towards his captors in the name of creating a future South Africa that genuinely included all races, colours, and creeds, he inspired a generation. When he died, I remember weeping – both for the greatness we had lost, and for the magnitude of the work left to be done without him.

The legacy of Tata Madiba is complicated. Two decades on from his presidency, many surveying the economic wreckage in South Africa feel he was too kind to the white minority, who continue to hold disproportionate economic power, while apparently suffering few consequences. In light of the slow pace of real change in that country, this view is entirely understandable. But it should not occlude the magnitude of Madiba’s true achievement.

Mandela was no puppet of the white man. He was a boxer, a fighter, and in too many countries, including Canada, he was defined as a terrorist for his decision to dedicate his life to fighting laws that he knew to be unjust. His inspired and generous leadership understood the fragility and complexity of the situation he faced, and he effectively steered it towards a future that was peaceful. Without that leadership, South Africa, a place where state security agents thought nothing of blowing up its critics, would have descended into a pit of violence that would have destroyed all sense of future in the country for generations.

It is that genius and generosity of spirit that inspires me on this day. And at a time when the coronavirus has laid the racist foundations of societies across the world bare for all to see, including in Canada, it is up to all of us who believe in anti-racist future to do the work to uphold his legacy. This includes fighting for racial justice and fighting for economic justice. But it also includes having the maturity to know that oppression comes in many forms. It includes listening to those who hold world views based on life experiences that are vastly different from yours, and learning from them. Most crucial of all, Mandela’s legacy means doing the work, through anger, to find love, and expressing that love in a vision of what better looks like – a future that is so inspiring, so much more than the status quo, that all can see its value and make common cause to uphold it.

Nowhere did Mandela layout this vision more starkly than in his speech at the Rivonia trial, when he was sentenced to life imprisonment. It is worth reflecting on his words from that time, as we struggle to find a path forward.

I have cherished the ideal of a democratic and free society in which all persons live together in harmony and with equal opportunities. It is an ideal which I hope to live for and to achieve. But if needs be, it is an ideal for which I am prepared to die.”

We have much to be grateful for in these words, and more to work towards, as we navigate our own immensely challenging moment. On this day, Nelson Mandela Day, let’s use them to help us find our own way to that ideal.

Human rights office decries disproportionate use of force in US protests |