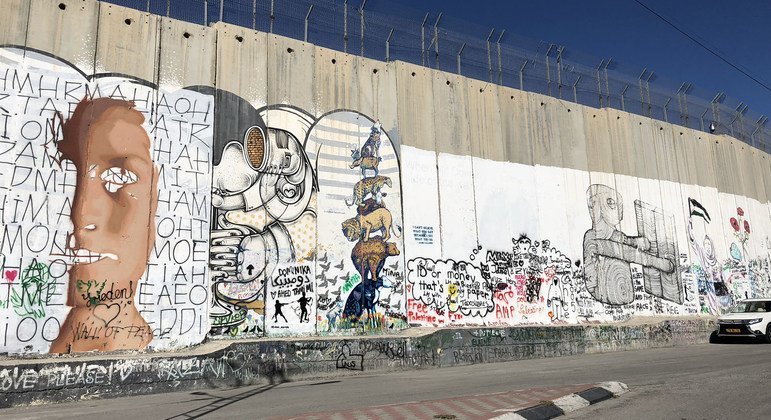 In his monthly briefing, UN Special Coordinator for the Middle East Peace Process Nikolay Mladenov said the Secretary-General had welcomed the agreement reached between Israel and the United Arab Emirates that normalizes relations between the two countries and stops Israel’s plans to annex parts of the occupied West Bank.

“I hope it will inspire leaders on all sides to re-engage constructively in meaningful negotiations to resolve the Israeli Palestinian conflict,” he said, stressing that Israel’s commitment to suspend annexation removes an immediate threat to regional stability.

To be sure, annexation would constitute a “most serious” violation of international law, he said, close the door to a renewal of negotiations and destroy the prospect of a viable Palestinian State and the two-State solution.

Only a two-State solution, in which Israel and Palestine live side-by-side in peace, security and mutual recognition, can lead to sustainable peace, he said.

It is time to redouble efforts, reach out more actively than ever to leaders in the Middle East, and for Palestinian and Israeli leaders to re-engage constructively.

“Today is not the time to despair about the Palestinian cause,” the Special Coordinator assured. “Annexation plans have been stopped.”

Yet, the appeal comes as conditions in Gaza& continue to worsen. The ceasefire brokered by the United Nations and Egypt – in place since August 2018 – must be reaffirmed, Mr. Mladenov said, as militant activity, rocket fire and growing humanitarian needs inside the Strip are rapidly eroding existing arrangements.

An economy in freefall, more than a decade of Hamas rule and COVID-related restrictions preventing the free movement of workers ;have only compounded the suffering. And in the absence of cooperation between the Palestinian Authority and Israel, infrastructure projects have stalled. “Jobs have been lost,” he said.

Mr. Mladenov also noted that in response to the sharp rise in the number of incendiary balloons, on 11 August, Israel limited the transfer of some goods and halted the transfer of construction materials through the Kerem Shalom crossing into Gaza.

On 12 August, Israeli authorities stopped all fuel deliveries until further notice, including donor-funded fuel. “As a result, the Gaza Power Plant has shut down, sharply reducing electricity provision to three hours per day. This is severely impacting critical infrastructure, including sewage treatment and provision of clean drinking water,” he stated.

The United Nations is deeply engaged in efforts to mitigate the economic and humanitarian consequences of the Palestinian Authority’s decision to halt all coordination with Israel in response to the threat of annexation.

In the occupied West Bank, including East Jerusalem, the Special Envoy pointed to an increase in violent crime within Palestinian communities, as well as violent incidents involving Palestinian Security Forces and civilians.

“This is the stark reality of the current situation,” he warned. Without resolving the Israeli-Palestinian conflict, regional peace will not be complete.

“The legitimate national aspiration of five million Palestinians living in the occupied West Bank, including East Jerusalem, and Gaza cannot be ignored,” he said.

Making education safe for children with albinism in Malawi |