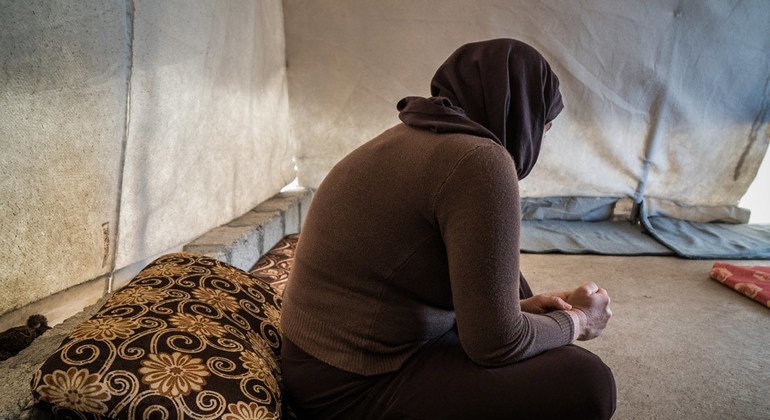 Key signatories of a landmark Interfaith Statement on the Victims and Survivors of ISIL – representing Islam, the Christian church and other faiths – joined the discussion online, held under the auspices of the UN Special Adviser who also heads up the Investigative Team to Promote Accountability for Crimes Committed by Da’esh / ISIL (UNITAD) and co-hosted by the international coalition, Religions for Peace, which consists of 90 national and six regional Interreligious Councils.

The participants condemned ISIL’s ideologically-driven acts of terror as being “contrary to the core principles of our religious faiths as well as the fundamental values of humanity”.

“What can religion be if not for peace?”, UNITAD Head, Karim Asad Ahmad Khan QC said to the meeting.

Attacks ‘far from over’

The Special Advisor expressed gratitude to Iraq religious leaders for their courage “in these difficult times” as they together support survivors and victims of ISIL.

Stressing that as ISIL attacks are “far from over” across the world, he exhorted representatives of all religions to denounce the group’s ideology as alien to religious values and those of all humanity.

According to Mr. Khan, the only way to respond to groups like ISIL, is for religious leaders to support each other and each other’s communities.

“Whenever people seek to weigh the worth of humans by their own belief, there should be alarm”, flagged the Special Advisor, adding that everyone must “start to implement a zero tolerance to intolerance.”

All religions across Iraq have been impacted by ISIL atrocities, the signatories said, as they underlined the importance of supporting survivors within their own communities.

“In showing ISIL crimes are divorced from the values of all faiths, Iraqi religious leaders have exposed crimes of ISIL”, upheld the UNITAD chief.

At the same time, the participants also noted that their brutality had prompted “acts of heroism” in which religious communities rose up in defence of those from different religious and ethnic backgrounds.

In recognizing the “tremendous suffering” endured by victims of sexual and gender-based violence, the signatories underscored their commitment to ensuring that those individuals are “fully supported” and do not suffer from stigmatization.

And for the “innocent children of God” impacted by ISIL, they stressed that “whatever pain these children have suffered, they are blameless” and called on the terrorists to return every child they have abducted to their rightful families.

Justice will only be delivered for ISIL victims by ensuring that those who fought in its name, are held responsible for their actions, and that people forced to flee the violence, can return home safely.

To this end, they underscored their “strong collective support” for UNITAD’s work while stressed the importance of exposing ISIL’s offenses in a court of law.

“Investigating the cases of disappeared persons and those abducted” not only delivers justice for victims but also promotes “understanding of the severity and scale” of the violence and prevents “future revisionism”, maintained the signatories.

In closing, they highlighted their “common commitment” and “collective stamina” to promote “justice, tolerance, reconciliation and forgiveness” as the most effective way to combat ISIL’s crimes in Iraq.

This also serves as “a key step in preventing the re-emergence” of any similar terrorist ideology or groups, said the religious leaders.

Use of Force is Wrong Response to Mental Health in US

Positive and Negative Effects of Colonialism