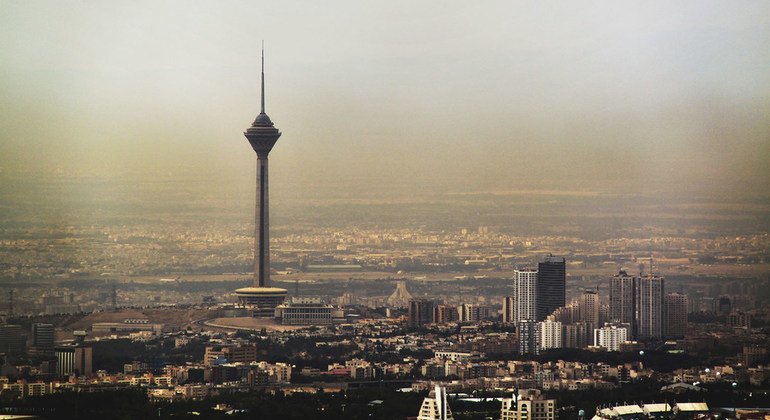 “Several journalists have also been targeted for going public about the harassment, and seeking protection from the UN”.

According to the experts, their families residing in Iran have also faced harassment and intimidation by Iranian authorities.

“In some cases, family members were deprived of their liberty and held in degrading conditions and ordered to tell their relatives to stop working for the BBC” the London based, public-funded British Broadcasting Corporation, they said.

And these acts of harassment and intimidation have allegedly intensified after the BBC’s reporting of the anti-government street protests, which began last November.

“Reports also indicate a pattern of gender-based harassment, targeting women journalists since 2009, and including the dissemination of false stories, spreading of rumours and slander, usually with highly misogynistic contents and threats of sexual violence”, they continued.

BBC Persian Service journalists have also been the subject of death threats, allegedly by Iranian authorities.

As an example, the Special Rapporteurs pointed out that in February, BBC journalist Rana Rahimpour reportedly received a written message threatening that within a month, she, and her children, husband and elderly parents, would be assassinated. It also said that Ms. Rahimpour would be the first to be murdered, followed by other BBC Persian Service staffers.

“These allegations are extremely concerning and if confirmed, would indicate that the Iranian authorities are prepared to use force extra-territorially, in violation of international law”, upheld the UN experts.

Harassment, surveillance, death threats against journalists, within and outside domestic boundaries, violate international human right law, including the right to physical integrity, the right to life and the right to freedom of expression.

When these acts are conducted extra-territorially, as with BBC Persian Services, they violate international law regulating the use of force in times of peace and “ultimately constitute serious threats to global security and thus demand strong reactions on the part of the Governments of the countries where BBC Persian Service journalists reside”, they said.

“We reiterate our earlier calls to the Iranian Government to cease the intimidation, harassment and threats, including death threats, against BBC and other journalists working outside Iran for Farsi-language news outlets, as well as reprisals against their family members in Iran, which may constitute multiple violations of Iran’s international human rights obligations under international law”, the Special Rapporteurs spelled out.

They also called on States where these journalists are residing to “immediately take action in implementing safeguards to protect the integrity of journalists, their families and their profession”.

Governments must uphold their responsibility to protect and to “respect and ensure the right to life and to reasonably foreseeable threats and situations that can result in loss of life”, concluded the independent UN experts.

The Special Rapporteurs are appointed by the Geneva-based UN Human Rights Council to examine and report back on a specific human rights theme or a country situation. Their positions are honorary and they are not paid for their work.