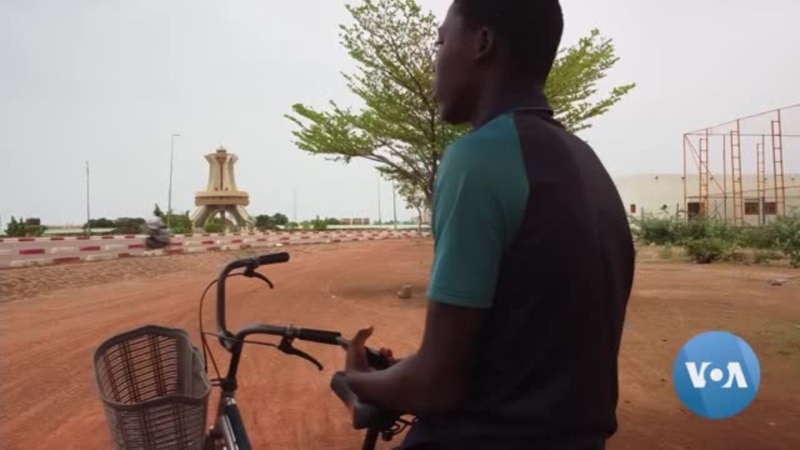 In Burkina Faso, at least 400 people have been awaiting trial on terrorism charges for years, including several minors.

Houretou Sidibé says three relatives, including her son, have been held in a Burkina Faso maximum security prison for three years.

Sidibé, whose name has been changed to protect her identity, says she does not know why they’re being held.

Since Burkina Faso began its war against armed groups linked to Islamic State, al-Qaida and local bandits seven years ago, at least 400 citizens have been arrested on suspicion of terrorism-related offenses and are being held in custody. Some are children under the age of sixteen.

The West African country created a penal code for terrorism offenses in 2019. But so far, only two people have been to trial and convicted on terrorism charges.

Sidibé says her relatives are being held at a prison in the town of Ziniaré, which is housing double its official capacity.

“I really need some judicial assistance, a lawyer, to follow up their case and free them, because it really is a long time that they’ve been remanded in prison,” she said.

Koumbo Barry, whose name has also been changed to protect her identity, says her son has been held for almost two years without trial.

“I can’t stop crying, because I haven’t been given any reason for their arrest,” she said. “I want the government authorities to help me find the reason why my sons were arrested and dropped in that prison. Today, I am old and I can’t work. I am living with their wives and children. It’s difficult to feed them. My husband is old, everyone is suffering at home because of this situation.”

Daouda Dialo is a Burkinabe human rights activist who runs the rights group, The Collective Against Impunity and Stigmatization of Communities. He says some detainees have been awaiting trial for as long as five years.

“As a human rights defender, we find that this pre-trial detention is excessive,” he said. “It is an abuse that must be corrected at the level of the law, because we cannot detain someone indefinitely to wait for his or her trial. The fact that justice isn’t working can contribute to further violence and worsening vigilantism.”

“We’re pleased we’ve been able to hold the first trial of a terrorist and I can tell you that I’ve noted all the concerns and we will ensure that the state can effectively meet these conditions,” he said. “It is true that we have to take into account the fact that we have financial difficulties, but I think that an effort can be made to reinforce what we already have.”

Although the trial of two men is a sign of progress, it remains to be seen how quickly more trials will follow.