How do Irbid Isolated Villages Live in the Time of Coronavirus? 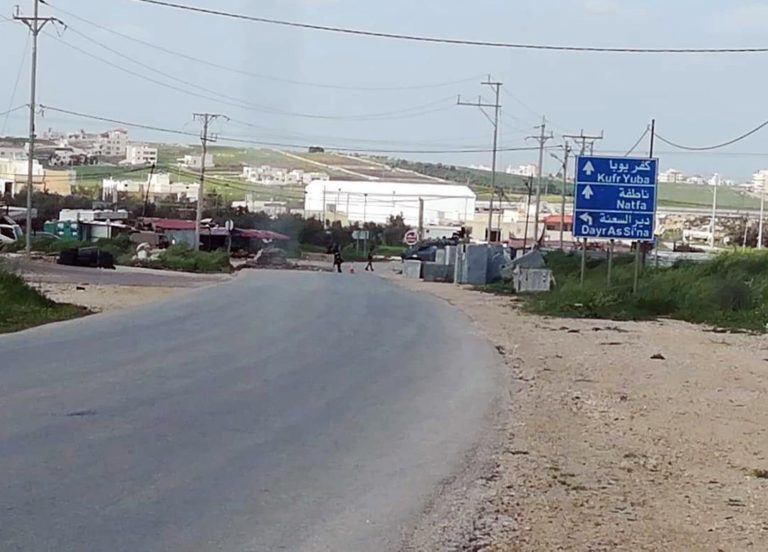 Irbid – On March 26, the government announced a number of additional precautions to stop the outbreak of the Coronavirus pandemic, which was to isolate the Irbid governorate from the rest of the Jordanian governorates, in addition to isolating seven villages from the surrounding areas, after recording 40 cases of the virus, 26 of which were recorded in the governorate of Irbid, as stated by the Minister of State for Information Affairs Amjad Al-Adayleh in the press briefing the same evening.

Al-Adayleh stressed that the decision to isolate Irbid and some of its areas and villages aims to limit the spread of the virus and control it. Therefore, entry or exit from isolated areas will only be permitted for those authorized, as all the main entrances to the governorate have been closed, and checkpoints are spread over the roads linking between district villages and city center.

These conditions of isolation impose their consequences on the city’s 1.8 million people, and the isolated villages that are the most affected. Mazen Shaheen, the owner of a grocery store in the village of Al-Hosn, which was included in the decision to isolate, describes his condition by saying: “I have closed my grocery store and went home. The shelves are empty. I have nothing to sell”.

Shaheen explains that his suffering in bringing goods to his grocery store began before his village was isolated, because the distributors did not provide them with their goods, either because they did not have a permit, or because of their fear of entering the areas where Coronavirus cases were registered, as they refuse to come to “endemic areas”, according to Shaheen who had to venture to warehouses far from his place of residence in his car without having a permit, but to no avail, because the warehouses are empty.

The situation gets worse day after day in Al Hosn, although the government allows the opening of small groceries and foodstuff stores, the goods are not available, and Shaheen adds that people have found themselves in debt as a result of the interruption of their business and the interruption of their income. This increases the suffering of the merchant who sells as he needs to provide an income to his family also.

In isolated villages of Irbid, distributors who sell products and merchandise to retail stores face the same suffering. The depletion of goods from warehouses stopped their work, in addition to not having permits, which prevented the continuation of their work, as distributor Abu Rashed explains, indicating that traders in Amman and nearby areas continue to refuse to supply them with goods because of their fear, so the groceries and food stores have ended up closing because the goods are sold out.

Abu Rashed is surprised by the merchants’ fear of entering Irbid, despite taking precautions and preventive measures, saying: “We wear masks and protective equipment, yet, they are afraid to come to us”. He has also pointed to another problem related to the merchants’ request to pay in cash, and they do not currently accept bank checks or receivables as before. In addition, the distributor has to provide a car to transport the required goods.

Many sectors have complained of financial damages since the imposition of the curfew, but the impact has been most severe on villages that live in conditions of isolation, with very little supply, according to Abu Rashed.

The Irbid Chamber of Commerce is currently striving to provide basic materials such as rice, sugar, oil, and canned foods of all kinds, Al-Shuha explains, while secondary food items such as ice cream and others are not as important as the basics for each family, calling on citizens not to rush to the stores to buy the goods, in order to avoid the spread of infection which leads to the continuation of suffering for longer periods.

Al-Shuha confirms that the traders in Irbid and Amman are experiencing the same problems. There are complaints about poor supply in the two cities, not only the isolated city. He described the suffering by saying, “The situation was like the wedding of the cats; both were shouting, so we could not know who is really in pain”

The village of Jahfiya recorded more than 90 infections of those who had attended a wedding which contributed to spreading the infection among the 400 people in attendance, so that village became the source of infections recorded in the city, and the number of residents infected constitutes 98% of the total Irbid infections.

“There are dozens of Coronavirus infections in the village, and a great fear and panic among the population of approximately 5,000 people. They are without protection due to a lack of masks, sterilization materials and services as well”. This is how Ali Talafha, a local council member, describes the situation among Jahfiya village that only has one pharmacy and bakery still open in it. In the rest of the 4-5 shops, only one person is allowed to enter and exit at a time except for authorized persons. Sand barriers and closing points were set by the army and security services, stressing that the Jahfiya situation was difficult with the curfews, and worsened with isolation.

The lack of basic materials is due to the distributors and drivers’ fear of entering the village, confirms Talafha, and they call it an “endemic area”. This case led to the loss of infant formula from the village’s only pharmacy, and the amount of vegetables and fruits in the stores is only sufficient for 5% of the population’s need, not to mention the high prices.

On March 28, two days after the isolation, the army provided the village with bread and basic materials, and the governor of Irbid did the same, but after that the residents did not receive any aid, according to Talafha. He indicated that bread is not everything: “Our officials, by providing bread, thought everything was available. He who is well fed would not look at the hungry. The suffering continues “. Talafha said, stressing the difficult conditions in the village.

Also, the financial conditions worsened due to the interruption of daily work and the absence of nearby bank branches. Military personnel did not return to their homes for 14 days, and most of them were unable to deliver salaries to their families, so there is difficulty for the residents to purchase the needs.

The decision to isolate the village due to the epidemic hindered Umm Wissam from receiving the monthly treatments for her husband, who has been suffering from epileptic seizures for 15 years. The time for getting (Lamor) medicine for one month expired last Thursday because the village was closed, according to Wissam, who suffers daily with her husband. Sometimes she is forced to call the civil defense when he suffers from epileptic seizures and cramping, due to the prevention of leaving houses. The civil defense considered the case is not an emergency, yet, she stresses the importance of the medicine that reduces the attacks that affect her husband, in order to avoid other problems, especially since he suffered a brain hemorrhage due to his fall to the ground a while ago, she recounts.

Wissam was able to obtain a small amount of the same type of medicine from somebody, but it will suffice her husband for a specific period only, knowing that it is not available in the pharmacy either, and the family’s financial situation is minimal because the husband left his work in tiling because of the danger it poses to his health.

At the same time, the Director of the Irbid Health Directorate, Dr. Qassem Mayas, confirms that the Directorate has opened 10 comprehensive centres in the governorate, as work begins at 8 am until 2 pm, with the aim of dispensing monthly treatments to patients, along with a number of volunteers and civil defense teams for emergency situations.

The medicine is dispensed to patients from these centres, and if it is not available, it will be disbursed from health hospitals and outpatient clinics of Princess Basma Hospital, according to Mayas, saying that treatment that is not available in centers and hospitals is difficult to provide for patients. Stressing that the majority of the monthly treatments for the patients were disbursed during the past few days, as the directorate started its work in this regard last week, calling on the patients or their representatives to not gather at these centers in compliance with public safety conditions and to avoid the spread of the virus.

Despite the economic and living suffering, Dr. Wael Hayajneh, of the Epidemic Control Committee and the Coronavirus Cases Officer in Irbid, believes that the epidemiological situation in the city is gradually improving, with caution, and this is evidence of the feasibility of isolation, adherence to instructions and prevention of the virus.

He explains that the infection cases witnessed a significant decrease after the epidemiological investigation teams in the city counted the infections. The situation will be promising if the commitment continues. Also, the Ministry of Health increased the number of epidemiological investigation teams in Irbid on March 27, to 25 out of the 80 teams in the Kingdom.

Ahmad al-Falih, who also lives in the isolated village of Aydun, recounts his suffering after his work was interrupted and his only source of livelihood in collecting scrap was cut. He says, “I used to get up early in the morning collecting scrap and I buy it from the neighborhoods. Sometimes I would collect things on the street. It was enough, thank God”.

Al-Falih’s suffering started after the decision to suspend the work in government and private institutions as of March 18 for a period of two weeks, and not to leave homes and prevent transportation between governorates, explaining that he is a day laborer, if he works, his family eats, and if his does not, they don’t.

“My children need milk and diapers. I have two young children and kids who have needs just like the rest of the children.” Al-Falih describes the situation, indicating that his per diem ranged between JOD15-20. More than 2 weeks into the quarantine and then isolation, the situation got worse still. He was forced to resort to borrowing from his acquaintances and even ask for groceries, but when they ran out of goods; there is no longer another source. Ali Al-Talafha, an activist and head of the “Al-Jahfiya Charity Association”, said it was providing assistance to people at the beginning of the crisis, and still is, as it distributes bread, chicken, and gas, but the quantities are not enough for everyone. He wishes the neighboring villages could help the isolated village.

Al-Talafha admits that there is difficulty in securing all families with food and bread, pointing out that most of the families are day laborers. Many of them depend on their work or the stores that they work in and the transportation sector, saying: “The phone keeps ringing as people ask for help”. The issue is that the insufficient quantities do not cover everyone. Associations and institutions pledged to provide assistance to poor families and we have not received anything yet. Talafha said that this is the time to start assisting, “It is now or never”.