New cases of Ebola have been reported in Beni since 10 April, resulting in two deaths, despite earlier hopes that the disease had been eradicated in the country. As well as Ebola, the population of DRC is also having to deal with malaria, measles and cholera as well as ongoing insecurity, which is partly why health workers trying to vaccinate locals against Ebola have faced mistrust, and even violence. In an interview with UN News, doctor Abdourahmane Diallo, who heads up the WHO Ebola vaccination programme in DRC, explained that this is an ongoing problem.

“Unfortunately, we have been fighting some resistance regarding the new cases: the community did not believe that they were Ebola cases, which is making life difficult for our workers on the ground. But we are doing our best to communicate with them, and convince anyone who has been in contact with the patients to get themselves vaccinated.

The cases of COVID-19 that we know about are two people who came from Dubai to Uganda, and then tried to get to Beni. As soon as we got the message, we tried to isolate them, and their conditions have improved.

We had hoped to be able to close the treatment centres, but now, with cases of Ebola, and cases of COVID-19, that has changed. Spirits are good, however. I am from Guinea, where we had Ebola, and I also coordinated vaccinations in Sierra Leone. So, I am very experienced. When we face challenges, we try to remain courageous: this is part of being a public health worker. 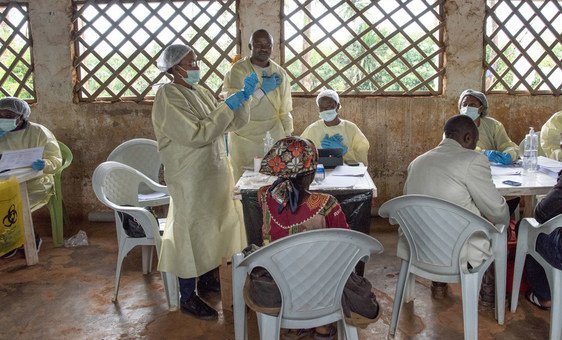 A World Health Organization (WHO) Ebola vaccination team works in Butembo in the Democratic Republic of the Congo in January 2019., by WHO/Lindsay Mackenzie

Communication has been a major problem throughout the Ebola epidemic, and we expect to have the same problems with COVID-19. For example, even before the new cases of Ebola this month, we had a meeting with local authorities, to make sure that the community received just one message, and that it was the right message. Within our team, we also have to be very careful to make sure that we are coordinated and speaking with one voice.

As of now, it seems to be working: social distancing has begun; the authorities have closed the night clubs, for example, and even in the markets, people are trying to stay at least one metre apart.

Disinformation has been a problem. People have been saying that certain drugs can be used to vaccinate against COVID-19, which is not true. We explain that there is no vaccine against the virus, and trials are still ongoing. That message is beginning to get through, and we are continuing to vaccinate against Ebola.

I have learned that you have to know the right way to speak to the community. Sometimes, to put them at ease, I don’t wear WHO-branded clothing. I dress simply, I bring a basic mobile phone, to show them that I am like them, and that we need to work together to fight the outbreak. 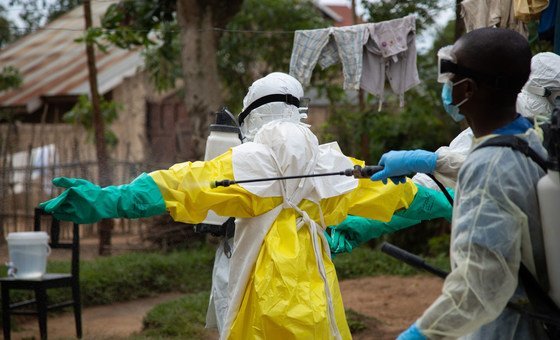 Luckily, we do have enough protective clothing, because of our vaccination campaign: for some time, have been vaccinating anyone who has been in contact with an Ebola patient, and we don’t know if they are a high or low risk. So, we need to make sure that we are fully protected.
And when we go into the community, we are spraying chairs, tables, everything, and ensuring that our team is wearing personal protective equipment.
As for the COVID-19 pandemic, we are worried, of course, but we hope that, if people stick to the government guidelines, and we are able to communicate those guidelines to the community, the outbreak will not spread.
I remember when the COVID-19 cases started in Guinea, my home country, I warned that anyone returning from high-risk countries needed to self-isolate for fourteen days, and not to go immediately back to their families and risk infecting them. Unfortunately, many people did not follow that advice, and now there are hundreds of cases in the country.”