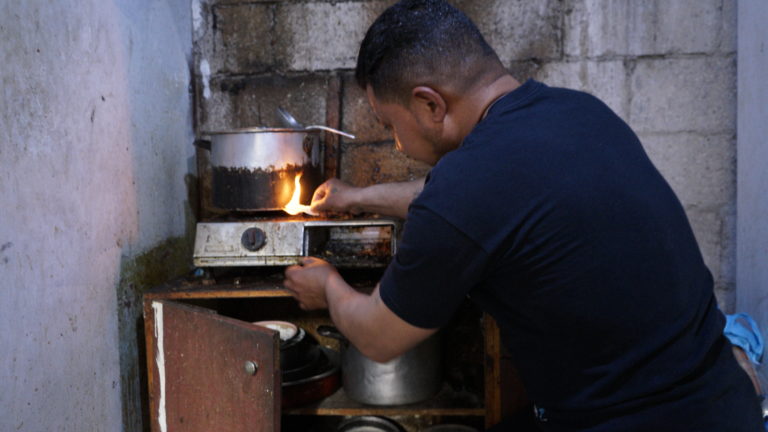 Egyptian worker, Malak (51), did not earn a single penny in 22 days. His case is shared with almost every Egyptian migrant worker in Jordan. Most of them are day laborers; one of the groups most affected by the consequences of the Coronavirus outbreak and its ensuing governmental decisions, mainly represented by the disruption of work in both governmental and private sectors, to limit the spread of the epidemic.

In Al Hashemi Al Shamali area, to the east of the capital, Amman, day laborers suffer from the economic hardships and difficulties imposed by the curfew. The Egyptian workers, who mainly work in sectors such as construction, agriculture, and cleaning, suffer even more so, as they are foreigners and among the most vulnerable groups of migrant workers. They manage their affairs with what they receive from day labor, which makes them the least secure in terms of wages and continuity of work.

Egyptian workers constitute 70% of migrant workers in Jordan. This indicates that a large segment of foreign workers have been significantly affected by the lack of access to any kind of aid, in addition to irregular domestic workers, a group often overlooked by the system, as confirmed by Linda Kalash, the Director of Tamkeen Fields for Aid.

At the entrance to a narrow room shared by 6 Egyptian workers, Zuhair (42) is busy hand washing his clothes, as do his six roommates living in the same room. They all sleep in one room, share food and drink, and distribute daily tasks of cooking and washing utensils and clothes among themselves. This is all done in a narrow corridor that connects their bedroom door to the main door, leading to the street. They have to work in this narrow space because their room lacks a kitchen as well as sanitation.

“If there was a way out, we would go home,” says Zuhair, who despaired of his poor condition due to work interruption. He would prefer to quarantine for 14 days in Egypt, than be quarantined in such a room, without any source of livelihood, while the landlord continues demanding the due amounts of electricity, water, and rent.

Zuhair has been working in the construction sector in Jordan for 15 years, and he used to send what he earns to his family in Egypt every month. This is exactly what he did last month, so he was surprised by the government’s decision to ban and pause various types of work after the virus outbreak. Zuhair did not see it coming. He believes the interruption of work impacts the Jordanian day laborers less severely  than it does the Egyptians, because they are covered by government support in their countries. Egyptian migrants are left to wonder what the role of their country’s embassy in Jordan is in assisting its nationals in such circumstances.

Zuhair fears that the crisis faced by Egyptian workers may reach a catastrophic stage, especially for those who do not have work permits. They are unable to reveal their suffering and circumstances for fear of being arrested. They hope that the concerned authorities will consider them with mercy in these circumstances, saying: “Humanity does not specify a color, nationality or religion, we seek any aid from the state, and this is our only solution”.

Malak’s situation is almost the same, as the situation has worsened since the cessation of work April 17, he thought to himself that the crisis of unemployment wouldn’t last for more than two weeks. The reality was contrary to his expectations, and he has had to borrow from his fellow countrymen to be able to get by. But those who saved some money earlier have spent it by now. Malak fears he may not be able to eat in the coming days if the situation continues as it is, expressing his fear: “God is kind to us all, whether we are expatriates, residents, or citizens”.

Malak is a father of 4. His family lives in Minya Governorate in Upper Egypt. For the last 15 years, he earned an average daily wage of JOD15-20 as a construction worker in Jordan. Things were good, not a month passed without him sending the necessary expenses to his family in Minya. Unfortunately, today he cannot make the usual wire transfer due to work stoppage. As a result, his family suffers financial hardship and difficulty in securing basic materials just as the other families of the other workers do, noting that “Good people among relatives and neighbors do not forget them”.

Nowadays, Malak and his six companions’ diet consists of beans, white beans and pasta, and they refrain from eating white and red meat as they are all part of the Orthodox community. April 19 is their “Resurrection Feast” so they are in a state of fasting from meat, as it is “for their benefit”. Zuhair says they do not have the money to buy meat in these difficult circumstances, but he hopes that life will return to normal with the end of the disease before the break in fasting, so that he and his companions can participate in prayer in Abdali Church, where the Egyptians in Jordan used to pray on Fridays, as it is the only day off in the country.

Another Egyptian, Subhi (30s), did not receive his salary for the month of March until now. He works in a cleaning company making JOD200 a month, which is below the minimum wage set in Jordan. This situation forced him to wash cars in his neighborhood to earn some money to secure his basic needs.

“We, like daily laborers, are affected the most. He, who had JOD50, has nothing now. If the quarantine is extended again, we will have no money to spend”, says Subhi, who has accumulated debts since his income stopped. He has to pay for the rent of the house he shares with others, knowing he is a participant in social security, as it is compulsory, and requires the Social Security Corporation to take responsibility towards Egyptian workers in cleaning companies and others.

Complicating matters, Subhi’s other works he used to do in order to earn his livelihood, like cleaning the stairs of apartment buildings and cars, have become difficult to do now because of the lockdown. Citizens are only allowed out for food needs only. Subhi hopes that he and other laborers will be allowed to do their work within the conditions and working hours determined by the state, in order to be able to secure food and pay their bills of water, electricity and other expenses.

The company is late in paying Subhi and other workers, among other violations of the Jordanian labor law committed by private sector companies, challenging the cabinet’s decision to suspend official and unofficial institutions for a period of four weeks starting March 2020, and considering it an emergency official holiday in which the worker receives his remuneration in full, as required by Article (59) of the Jordanian Labor Law, according to a report issued on April 4, 2020 by the Phenix Center for Economics & Informatics Studies.

The current crisis has cast a shadow over all the day laborers, immigrants and Jordanian citizens, but the problem lies in the eligibility of social protection measures, such as aid from which migrant workers are excluded as they do not have a social insurance number. The Social Security Corporation restricted the possibility of withdrawing from savings accounts to Jordanians covered by unemployment insurance; foreigners are excluded from this decision, including Egyptians, despite their participation in unemployment insurance, which worsens their suffering.

Despite their unemployment, no one has yet initiated efforts to provide aid to this group, according to Kalash. She mentioned that they are helping each other, as some Egyptians whose economic status is rated better have withdrawn their savings and donated them to their work colleagues. Kalash also pointed out that this damage extends to the families of these workers, whose lives depend on the money transferred from the head of the family. Overall, this aggravates the human suffering of this sector, stressing the need for the embassies in Jordan to support their citizens at this time, especially with regard to the basic needs of food and aid.

Kalash affirms that all treaties, especially basic treaties relating to civil, political, economic and social rights, which Jordan has signed, apply to all residents of the state’s territories, with the exception of the right to run and vote and the right to hold high office, otherwise, they must have all the rights set forth.

With regard to bilateral treaties between Egypt and Jordan, even the last version thereof included a clause relating to equality between Jordanians and Egyptians in Jordan, equality between Jordanians and Egyptians in Egypt, and that each country shall treat the citizens of the other as its own. Kalash also explains that the practical solution for Egyptian day laborers must come with a humanitarian motivation to secure it, since it encompasses a huge and unorganized sector. A way must be found to support it, considering that this is the responsibility of the state in the first place, for fear of their situation deteriorating further, and slipping into extreme poverty, by saying: “He who had two pennies, has one now. And he, who had a penny, has a dime, then nothing”.