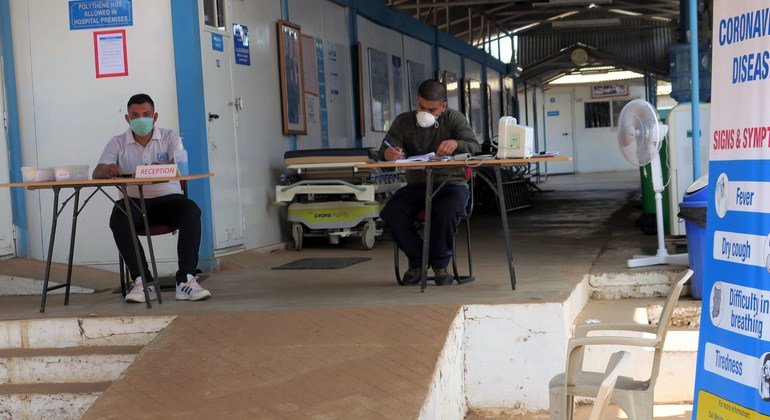 But limited testing and social stigmatization is likely obscuring the true magnitude of the pandemic, said Mr. Shearer, who heads the UN Mission in the world’s youngest nation (UNMISS).

The Mission’s greatest fear is that the additional pressure of responding to COVID-19 on South Sudan’s weak healthcare system will disrupt vaccinations, maternal health services and treatment for curable diseases like malaria, diarrhoea and pneumonia.

The result could be a “devastating” increase in deaths that would likely greater than the loss of life from COVID-19 itself.

“COVID is going to hit hard, but not necessarily in the way that we think”, he told the Council via video-teleconference.

“Yes, people will die from the virus, like everywhere else in the world.  But the real threat to the people of South Sudan lies in the collapse of the already fragile health system”, he said.

“This could result in many many more lives being lost – a tragedy that can be prevented.”

South Sudan attained independence from Sudan in July 2011. However, it has been mired in political instability and violence since 2013, centred around fighting between forces loyal to the president and his former vice-president.

While the infectious diseases hospital in the capital Juba has been expanded, UNMISS has renovated and equipped hospitals in 10 states to treat COVID-19 patients.  NGOs are helping to staff these facilities, but equipment and expertise are severely lacking.

Turning to the peace process, Mr. Shearer said that it is “faltering” and in need of fresh energy and a reset, despite some positive developments in recent months.

Those included the formation of a unity Government and an agreement in June – after a four-month standoff – on the allocation of states between Sudan People’s Liberation Movement in Government (SPLM-IG), led by President Salva Kiir, and the SPLM in Opposition, led by First Vice President Riek Machar.

Going forward, Mr. Shearer – who presented the Secretary-General’s latest report on South Sudan – said that state governors should now be appointed to fill a power vacuum and tackle a four-fold increase in violent incidents over the past two years.

Violence in Jonglei, Unity, Lakes, Warrap and Western Equatoria states – in which hundreds of civilians have been killed, women and children abducted, and more than 60,000 people displaced – can no longer be pigeonholed as “intercommunal”, he said.

“Fighters in uniform have been spotted … suggesting that organized forces may be joining the conflict, which risks unravelling the ceasefire”, he said.

A truly unified national leadership would have promptly stepped in, but instead the violence has been allowed to play out and used to sort out power arrangements at the national and subnational levels, he explained.

“This cycle of impunity fuels serious human rights violations where civilians once again bear the brunt of violence”, added Mr. Shearer, noting that 7.4 million people will need humanitarian assistance in South Sudan, including many urban poor.