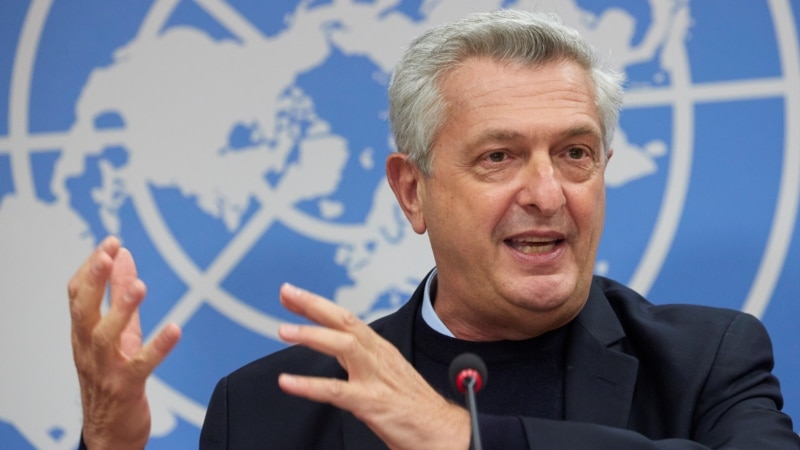 Refugee and humanitarian crises in Afghanistan and Ethiopia were the focus of intense debate during this week’s annual U.N. refugee conference.

The U.N. high commissioner for refugees, Filippo Grandi, said the weeklong discussions were constructive. He said there was general agreement on the need for urgent, flexible and unconditional aid to be delivered to millions of internally displaced Afghans through humanitarian agencies.

He said that this was doable, but that the delivery of food, shelter and other essential supplies must be done quickly before the onset of winter. He said the Taliban would not impede these operations.

Grandi noted that since the Taliban takeover, Afghan society has been barely functioning. He warned that this could lead to an even bigger humanitarian crisis unless the international community stepped in to prevent a complete meltdown of the country’s service, banking and economic systems.

“It is extremely difficult because much of these economy services functioned in Afghanistan before thanks to international support that now has been frozen or suspended,” he said. “So, the question is how to ensure that these services and the economy can function and how can we prevent a major humanitarian crisis.”

Millions in need in Ethiopia

Grandi said Ethiopia was the second crisis that commanded a lot of attention at the conference. He said delegates expressed great concern about the recent expulsion from the country of senior U.N. officials by the Ethiopian government. He said the delegates worried about the limited ability to provide aid to millions of civilians trapped in Tigray and about the conflict spreading to other regions in northern Ethiopia.

“And of course, the appeal is always the same,” he said. “Abandon this useless and devastating approach, which is a military approach, and go for a negotiated process. That is the only way to stop the escalation of humanitarian needs in the country.”

The U.N. reports around 5.2 million people in Tigray, or 90% of its population, needs humanitarian aid.

While most attention was focused on Afghanistan and Ethiopia, Grandi said he appealed to states at the meeting to not forget other refugee crises, noting they exist in every region of the world. They include the Rohingya in Southeast Asia, West Africa’s Sahel region, Syria in the Middle East, and Venezuela in Central America.