“The (coronavirus) pandemic is exacerbating existing vulnerabilities”, said the Under-Secretary-General for Peace Operations, as he presented the Secretary-General’s latest report on the UN Stabilization Mission in the Central African Republic.

Despite great strides in implementing the Political Agreement for Peace and Reconciliation, signed in Bangui on 6 February 2019, that milestone text remains fragile – and the upcoming elections will be a test for all. 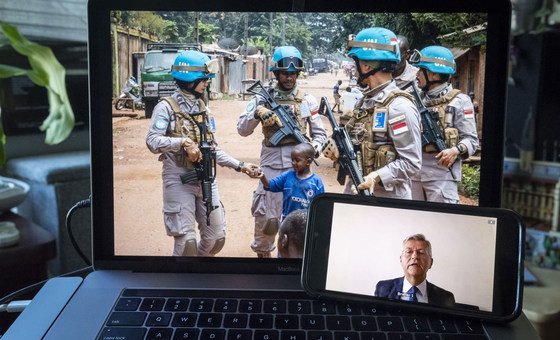 “We must therefore redouble our collective efforts in support of peace and stability across CAR, including by making full use of our respective leverage,” he said, adding that the Council’s active engagement remains essential to avoid losing the hard-won gains made since MINUSCA deployed in 2014.

He told the Council – meeting via video-teleconference due to the coronavirus – that political parties are forming coalitions, ramping up public statements, announcing presidential candidates and challenging legal frameworks for the elections.

Political tensions were amplified when a group of parliamentarians moved to extend the tenures of President Faustin-Archange Touadéra and the National Assembly should “unforeseen circumstances” force the elections to be put off; an idea that the Constitutional Court rejected on 5 June, Mr. Lacroix said.

MINUSCA chief Mankeur Ndiaye is working closely with partners to encourage political dialogue and support an environment conducive to peaceful, free and inclusive elections, Mr. Lacroix said, but national actors must do more to engage with each other directly, and refrain from destabilizing actions, he added.

MINUSCA is supporting electoral preparations, which on Monday saw the launch of voter registration, but the question of whether refugees can vote, remains unresolved.  At the same time, the United Nations Development Programme (UNDP) basket fund for the Central African Republic, remains short by some $10.5 million.

Violence continues in the background

On the security situation, Mr. Lacroix said that some armed groups that signed the Political Agreement for Peace and Reconciliation have acknowledged the Secretary-General’s call on 23 March for a global ceasefire, while at the same time using violence for their own expansionist aims. 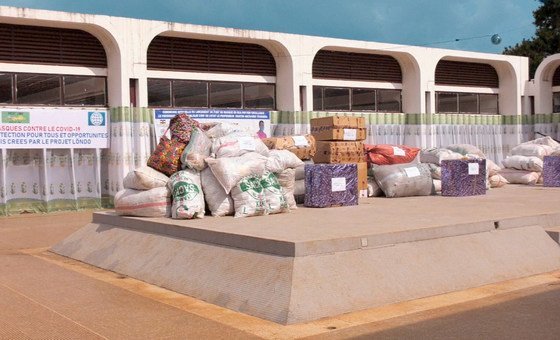 The Government of the Central African Republic (CAR) launched a campaign making wearing masks mandatory – as the number of Covid-19 infections multiplies across the country., by United Nations

To protect civilians and discourage serious criminal activities by armed groups and militia in the north-west of CAR, MINUSCA has reinforced its deployment in the area and carried out military operations that have helped to stabilize the situation, he added.

In response to 3R’s efforts in the north-west to challenge State authority, MINUSCA is conducting two operations to protect civilians in tandem with criminal investigations, Mr. Lacroix said.  For its part, MINUSCA is maintaining a robust posture while also engaging with national and local stakeholders.

Mr. Lacroix went on to express his deep concern about ongoing violations of the Political Agreement for Peace and Reconciliation and the announced intention by 3R leader Abbas Siddik not to participate in follow-up and monitoring mechanisms.

Ongoing clashes and the pandemic are further exacerbating the humanitarian situation, the Under-Secretary-General added.

Some 2.6 million people – more than half the population – need humanitarian aid and protection, while the partial closure of the borders with Cameroon and the Democratic Republic of the Congo (DRC) is driving up the cost of imported goods, including basic food items.

The World Health Organization (WHO) on Monday reported a total of 2,808 confirmed cases of COVID-19 in the Central African Republic thus far, and 23 deaths.

Momentum Grows for FIFA to Remedy Migrant Worker Abuses in ...