Close
Ask a Question
Home/ Main/Coronavirus: Why some Nigerians are gloating about Covid-19

In our series of letters from African writers, Nigerian novelist Adaobi Tricia Nwaubani reflects on the different attitudes of the rich and poor towards coronavirus.

Many Nigerians gloat that Covid-19 is mainly targeting the country’s elite, particularly politicians, despite warnings that the life-threatening respiratory illness could hit the poor as well.

The Nigeria Centre for Disease Control has recorded more than 600 cases since the end of February – most of them people who had been abroad, and those they had interacted with after their return to Africa’s most-populous state, which has a population of about 200 million.

So far, Nigeria’s list of people who got or have died from Covid-19 includes President Muhammadu Buhari’s chief of staff, politicians, heads of government agencies, former ambassadors and their aides or relatives.

These are the kind of people who normally jet off to the UK, Germany, or the US at the slightest headache because Nigeria’s state hospitals are poorly funded, run-down, and lack adequate equipment. 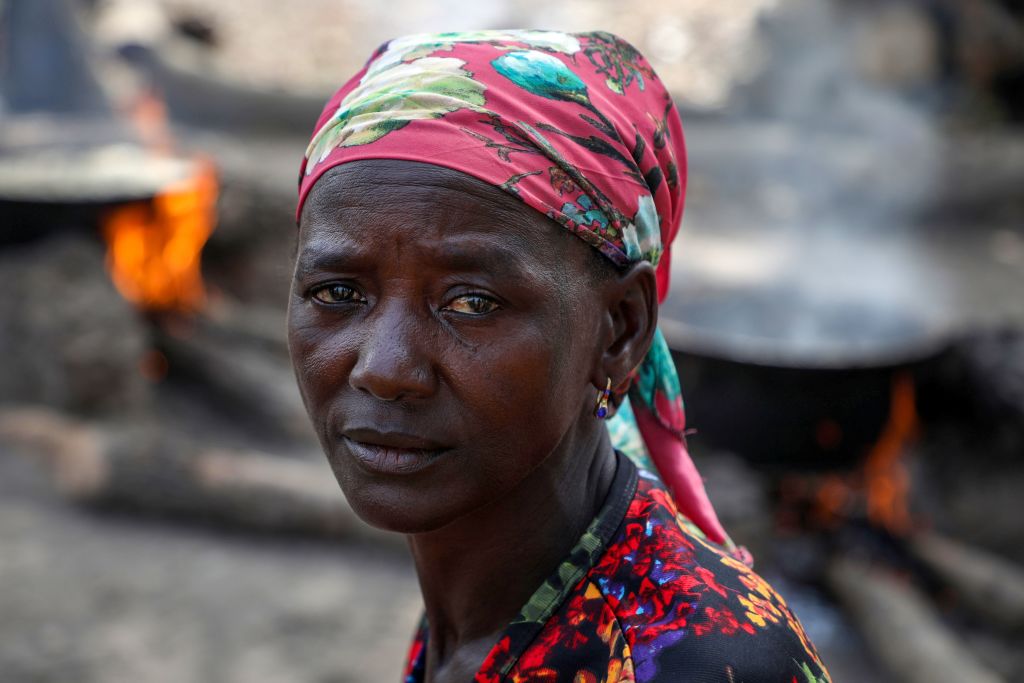 Population of about 200m

The 2020 government budget allocates only about 4.5% of spending for health, less than the 15% target the African Union had set for governments in 2001.

Doctors frequently embark on strikes over salaries not paid for months.

Many of them seize any opportunity to work abroad – nearly 2,000 of the doctors in the UK’s state-run National Health Service qualified in Nigeria, according to a report presented to the UK’s parliament last year.

President Buhari promised to end “medical tourism” when he took power in 2015, but he himself spent more than four months in London in 2017 getting treatment for an undisclosed illness and subsequently returning to the UK capital for additional care.

But with borders closed and each country haunted by its own Covid-19 nightmare, Nigeria’s big men and women are now forced to use their country’s hospitals, prompting a stream of taunts and jokes.

“This is your punishment for not investing in your country’s health system,” some say.

“I thought our hospitals were not good enough for you,” others say.

Some Nigerians also hoped that the “selectiveness” of the virus might be God’s way of bringing about changes in their government.

They latched on to rumours that Mr Buhari, 72, had been infected by his chief of staff, and was gravely ill on a ventilator.

The less malicious folk shrouded their great hope in a prayer: “Let God’s will be done.”

‘God pulled a fast one’

“But God pulled a fast one on them. He brought the president back, as right as rain. Haven’t they learned their lessons?”

The rumours finally ended after Mr Buhari – looking well – was videoed in a meeting with senior health officials.

A day later, on 29 March, Mr Buhari appeared on TV and ordered a 14-day lockdown of Nigeria’s commercial hub Lagos, neighbouring Ogun state, and the capital city Abuja, giving their 30 million residents just 24 hours to prepare to stay at home.

Mr Buhari subsequently extended the lockdown by two weeks, deepening fears about how the poor will survive in their overcrowded neighbourhoods, without water, electricity, and little food.

But all the gloating could come to a swift end.

Covid-19 could spread more rapidly beyond the elites, who could pass it on to their retinue of “servants” – drivers, cooks, nannies and security guards, among others – who in turn could infect their families and neighbours in slums found in every major city.

‘Not for the rich alone’

Social-distancing and self-isolation in a typical Nigerian slum is impossible.

About 30 families often cram into a building, sharing the same bathroom and toilet. The potential disaster is unimaginable.

As Ogun governor Dapo Abiodun said at the 30 March launch of a Covid-19 isolation centre in his state: “Contrary to the erroneous belief, this virus is not for the rich or elite alone. Everyone is at risk.”

So while the lockdown causes much inconvenience and hardship for all Nigerians, especially the poor, it helps to maintain the vast gulf that exists in society, thus preventing those at the top from transmitting the virus to those at the bottom.

Nigeria’s gross inequality has often been criticised, and rightly so, but the spread of Covid-19 is definitely one area where the nation cannot afford to have equality.