Employees at a Tunisian factory are churning out 50,000 face masks a day and other protective medical gear after opting to go into lockdown at work.

The 150 workers, mainly women, have isolated themselves at the Consomed factory for a month.

They were spurred on by patriotism as the country battles coronavirus, their manager Hamza Alouini told the BBC.

“My husband and 16-year-old daughter supported and encouraged me to do this,” Ms Rebhi, who is in charge of the production line, told the BBC.

The factory usually exports its protective gear, but its focus now is to produce enough for the health sector at home.

The North African nation, which went into lockdown on Sunday, has 227 confirmed cases of coronavirus and six patients have died in the last week. 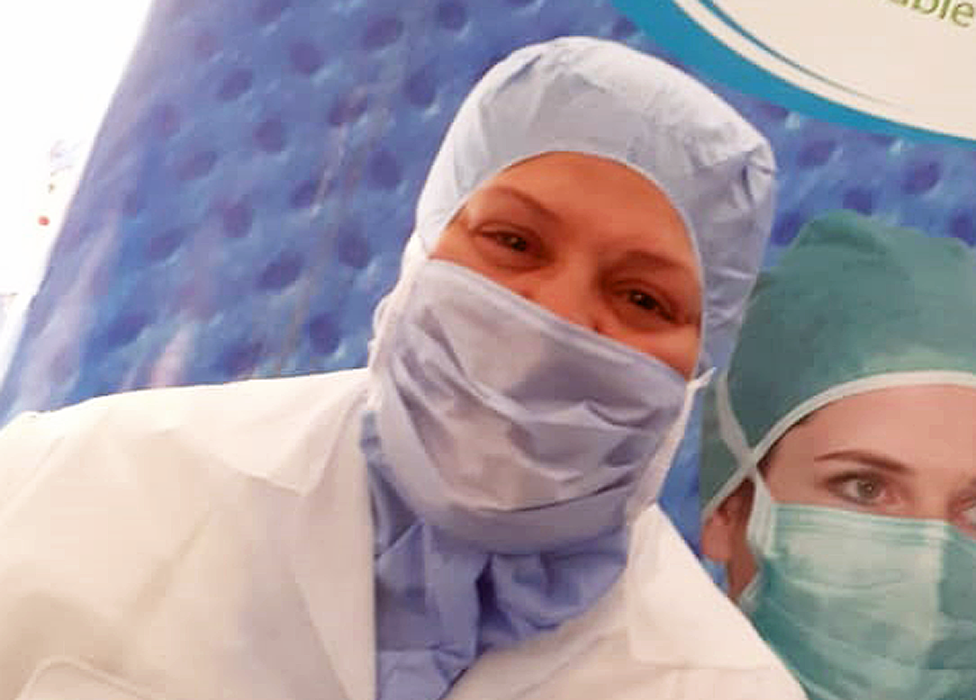 Among those who moved into the factory, which is in a rural area south of the capital, Tunis, a week ago are cooks, a doctor and pharmacist.

There are separate dormitories for 110 women and 40 men – and enough stocks to last a month.

“We have a designated area for all kinds of exercise and dancing for the women, and the men have a football and basketball area,” Ms Rebhi told me.

“And we all have internet and video chat with our families when we are not working.”

She says the factory runs from 06:30 to 22:30 local time every day on two eight-hour shifts, with the men mainly on the later one.

‘We need to protect doctors’

On their eighth day of confinement, Mr Alouini said there were still “positive vibes” from everyone.

He said the staff felt the need to isolate at the factory because if the virus spread within the workforce, they would not be able to keep up with the needs of doctors in the country.

“If we don’t work our doctors will not be protected against the virus,” he told the BBC’s Focus on Africa radio programme.

“I’m trying to do my best for all my country – for the hospitals, for the army, for the police, for everybody.”

Ms Rebhi says the workforce’s sense of mission is giving them all hope, but she cannot deny that they are worried about efforts to contain Covid-19.

“I am looking at how other governments are struggling with it in Europe and elsewhere and I can’t help but wonder how a country like Tunisia will handle it.”