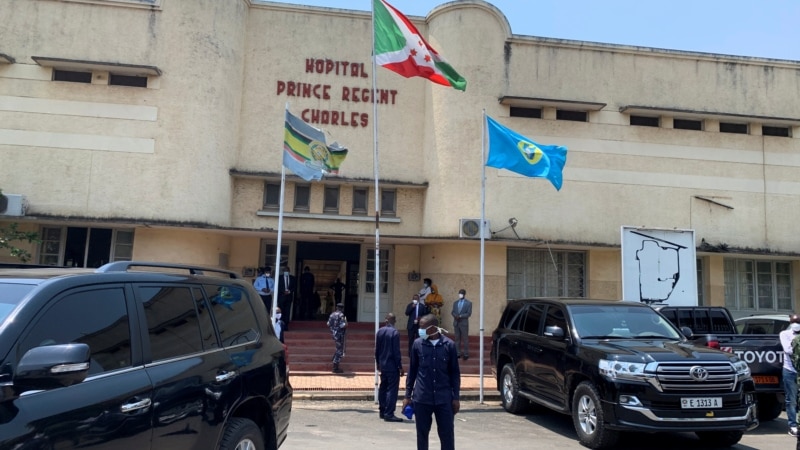 Police on Friday briefly detained a journalist investigating a grenade attack in the commercial capital Bujumbura, his radio station said, after a series of explosions this week that killed at least five people.

Radio Bonesha FM had earlier said their reporter, Aimé-Richard Niyonkuru, had been mishandled and arrested by police in Bujumbura’s Kamenge neighborhood while he investigated a grenade incident that was said to have killed two people Thursday.

“Radio Bonesha FM journalist arrested on Friday morning by the police has just been released. Aimé Richard Niyonkuru is still waiting for his recorder. He spent many hours at the Special Research Office under the hot sun,” the station said on Twitter.

Police spokespeople were not immediately available to comment on the arrest.

Burundi, a nation of about 11.5 million people, has suffered decades of war and ethnic and political violence. The United Nations says the youth wing of the ruling party and the security services are involved in the torture, gang-rape and murder of political opponents, charges the government denies.

On Monday, two grenade explosions hit a bus park in Bujumbura, while on Sunday a grenade attack in the administrative capital Gitega killed two, according to local media.

The Interior Ministry said “unidentified terrorists” were responsible for attacks in Bujumbura. There was no immediate claim of responsibility for the attacks.

An airport worker said Monday there also had been an attack on the Bujumbura airport on Saturday, for which Congo-based rebel group Red Tabara claimed responsibility, saying it fired mortars as the president prepared to travel to the United Nations General Assembly in New York.

On Tuesday, Attorney General Sylvestre Nyandwi accused leaders of a suspended opposition party, MSD, of being behind the recent attacks, adding that authorities had issued international arrest warrants for them.