April 10 2021: Putting Women Leaders in Headlines in the Democratic Republic of the Congo 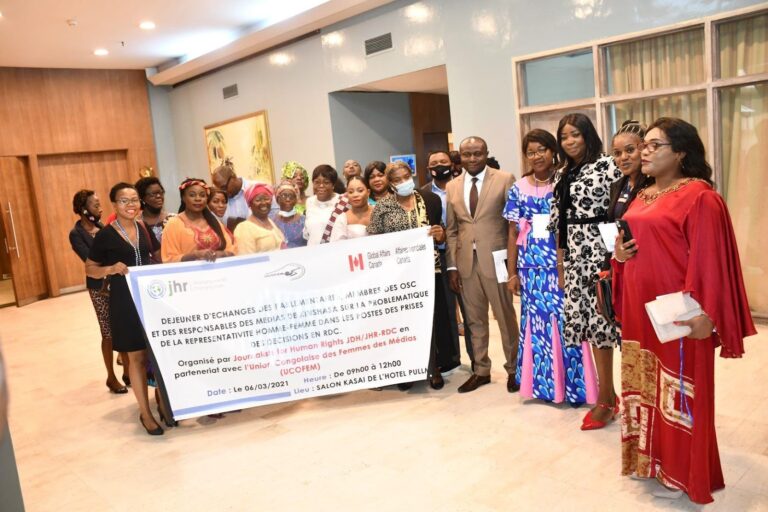 On January 27, 2021, the Congolese National Assembly voted to dissolve the government led by former Prime Minister Sylvestre Ilunga Ilunkamba. In February, president Felix Tshisekedi appointed a new prime minister,  Jean-Michel Sama Lukonde. A month since his appointment, the prime minister has yet to announce his cabinet. The current government restructuring process presents an ideal opportunity to engage on increased female representation in the upcoming government. Only 17% of the recently dissolved government members were females, although the Congolese constitution guarantees gender parity in government.

In the past month, JHR has engaged key stakeholders such as decision-makers, CSOs, and the public to promote increased female representation in the upcoming government. On March 6th, JHR held a roundtable discussion on female representation in Kinshasa. It brought together six female Members of Parliament, all members of L’Union Sacré de la Nation (USN), a platform created by the current President that seeks to promote good governance practices. The roundtable also drew media managers, journalists, and women’s rights organizations such as the Permanent Framework for Consultation of Congolese Women (CAFCO) and the organization Rien Sans les Femmes. Among the participants was Mrs. Marie Josée Ekufu, an important female political figure in the DRC and former presidential candidate.

At the end of the session, participants drafted and signed a petition asking the Prime Minister to respect gender- parity when forming the new government as prescribed by the constitution. The petition was officially handed to the Prime Minister after the roundtable. Participants also drew a press release that was shared with the media. The event was covered by the national broadcaster RTNC and several local media.
Two days after the event, on March 8th, 2021, The First Lady of the Republic, Denise Nyakeru Tshisekedi, met with the Prime Minister to champion gender parity in the upcoming government. Concurrently, throughout March, JHR produced over 30 on-air forums on female representation in government. The interactive on-air forums brought together CSO representatives, government officials, with a cumulative reach of over 30 million people.
On March 29th, after weeks of coverage on the issue of women’s representation,  the Congolese press widely reported that the President had refused to sign on a new proposed government due to insufficient female candidates.

JHR intends to keep working with key stakeholders in the DRC  to promote gender parity in decision-making in both the private and public sectors. 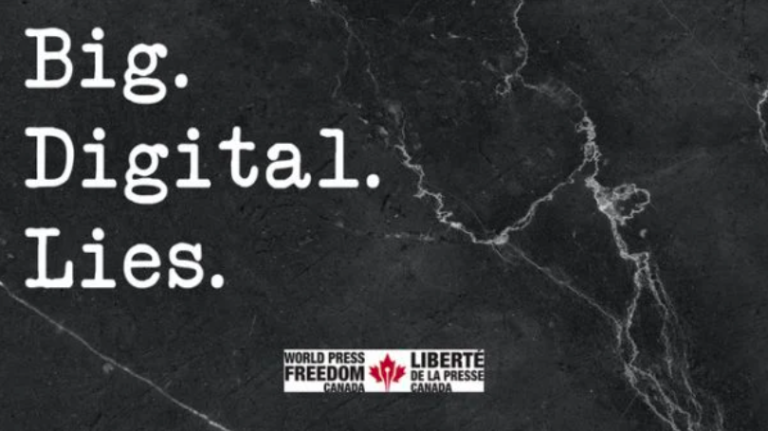 Many Canadians get their news from the internet and navigate through a web that is polluted with disinformation and misinformation. What’s the impact of this on the people tasked with cutting through the noise? How do we get to the real facts? 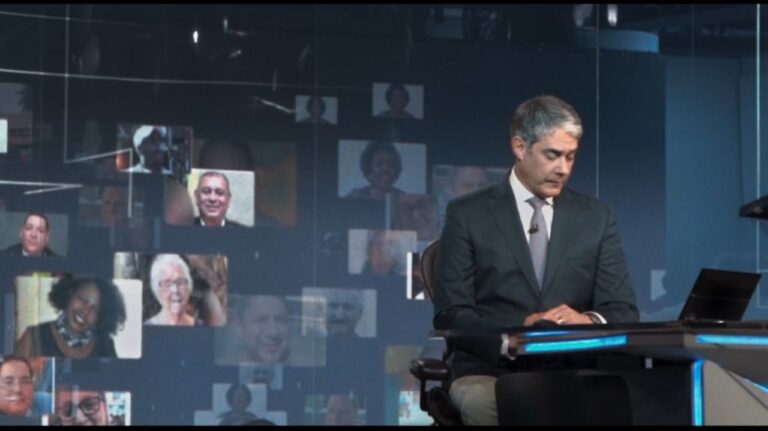 JHR is thrilled to co-present SIEGED: THE PRESS VS. DENIALISM from April 29 – May 9, at North America’s largest documentary festival, Hot Docs, taking place online this year due to public health restrictions.

The film looks at the way Brazilian president Jair Bolsonaro has used the covid-19 pandemic to attack the press, and how this undermined efforts to ensure Brazilians had the necessary public health information they needed to stay safe. The film’s synopsis:

As Brazil’s COVID-19 death toll soars, President Bolsonaro unleashes a relentless media campaign of misinformation, undermining the efforts of journalists desperate to inform a nation during the darkest months of the pandemic. 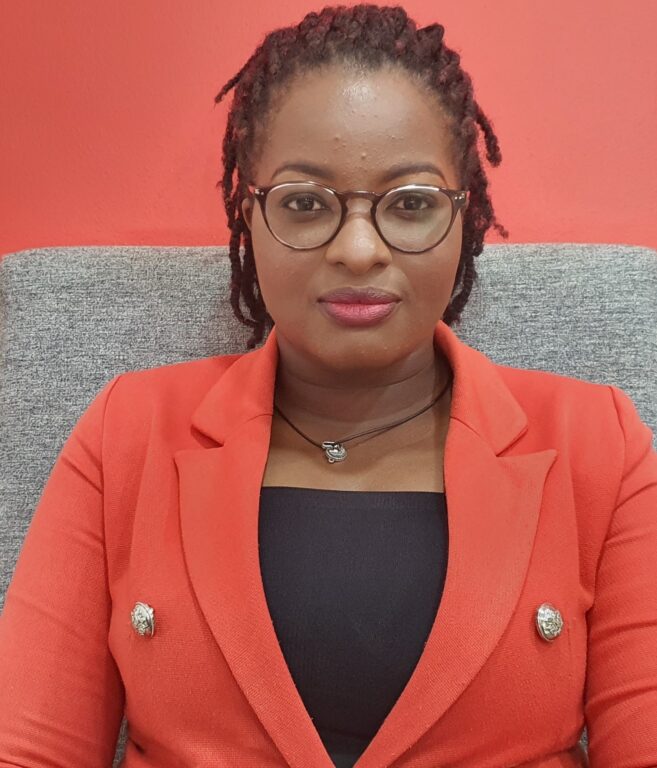 2019/2020 recipient of the Fisher Fellow, Nancy Emefa Dzradosi, is a Ghanaian journalist who specializes in field reporting, anchoring and production. Her works focus on Human rights and the Environment. Nancy currently leads Joy FM and Accra Metropolitan Assembly’s Clean Ghana Campaign. In 2018 and 2019, her stories on abandoned lepers and a mentally pregnant woman reignited national conversation on social exclusion. Nancy has a bachelor’s degree in Sociology and linguistics from the University of Ghana. She lives in Accra, Ghana.

We wish to acknowledge the land on which the Journalists for Human Rights’ head office operates and recognize the longstanding relationships Indigenous nations have with these territories. For thousands of years it has been the traditional land of the Huron-Wendat, the Seneca, and most recently, the Mississaugas of the Credit River. Tkaronto (Toronto) is in the Dish with One Spoon Territory and is home to Indigenous peoples from many nations across Turtle Island who continue to care for this land today.