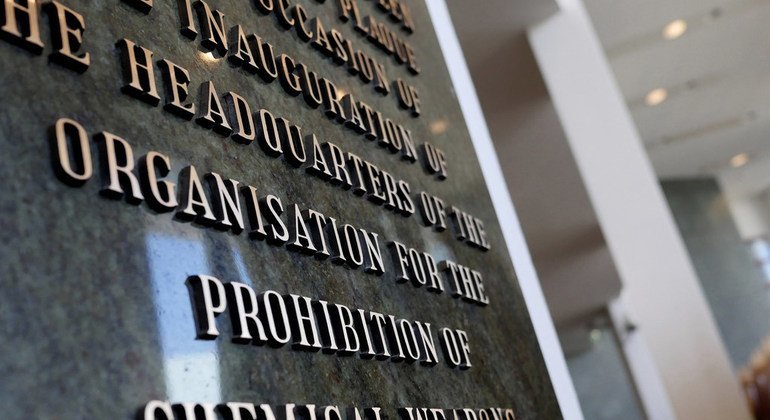 Mr. Navalny, a prominent anti-corruption activist, remains in a coma two weeks after falling violently ill during a flight from the town of Tomsk, in Siberia, to Moscow. He was later airlifted to Berlin for treatment, after Russian authorities allowed him to be moved.

The German government reported on Wednesday that toxicology tests conducted by a special military laboratory revealed he had been poisoned with a Novichok nerve agent.

“Under the Chemical Weapons Convention, any poisoning of an individual through the use of a nerve agent is considered a use of chemical weapons. Such an allegation is a matter of grave concern,” said OPCW chief Fernando Arias in a statement responding to the announcement.

“States Parties to the Chemical Weapons Convention deem the use of chemical weapons by anyone under any circumstances as reprehensible and wholly contrary to the legal norms established by the international community.”

UN Spokesperson Stephane Dujarric was also asked about the German report during his regular press briefing on Wednesday, replying, “we’ve said and previously mentioned that, if warranted, the issue should be investigated by relevant authorities.”

Novichok is the name of a group of seven toxic chemical agents developed by the former Soviet Union in the 1970s and 1980s.

Two years ago, former Russian intelligence officer Sergei Skripal and his daughter, Yulia, were victims of a chemical agent attack in Salisbury, England.

The United Kingdom alleged that novichok was used in that incident. An OPCW investigating team later confirmed the UK’s findings, though the organization did not specifically name the substance used.